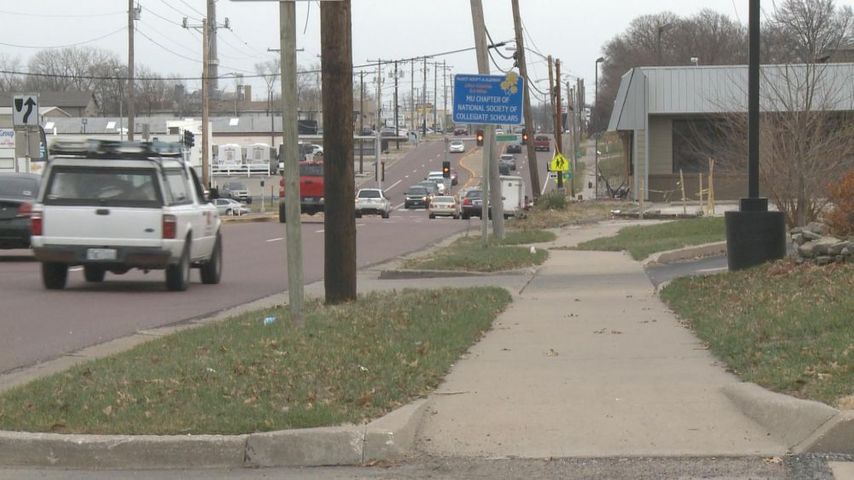 Director of the Loop CID Carrie Gartner said the vote took about 25 minutes to count Thursday night. Out of 15 possible voters, Gartner said seven ballots were returned. The vote was four yes and three no.

“It just gives us such possibilities now for change and catalytic change that we didn’t have before,” Gartner said.

Dave Griggs owns a flooring store on the Business Loop. He’s also a member of the board of directors for the CID. He said he was pleasantly surprised with the vote.

“We were all anticipating a very close vote, and when you have such a limited pool of voters, we were certainly concerned about it,” Griggs said.

He said this vote is long overdue.

“I’ve operated a business on the Business Loop for over 40 years, and it’s just time,” he said. “It needs some help.”

“The Business Loop has been neglected for about 40 years now,” she said. “It’s really been a forgotten area, and there hasn’t been the investment in the Business Loop.

She said that money will go toward improving the district.

“We’ll look at how to rebuild The Loop itself so it’s more attractive, the infrastructure problems are fixed, there are sidewalks, undergrounding power lines and so forth,” Gartner said.

A business owner on The Loop said he disagrees with the tax because the city is just going to keep piling taxes on the district.

He didn’t want to be named.

Another owner said he runs a business on the Business Loop as well as another in south Columbia. He said people don’t struggle to stay open on the south side of town because there’s not a problem with the look, the lights or security.

The owner also didn’t want to be named, but he said he struggles to keep his business on The Loop open. He said the tax will be good for business and the community.

Gartner said deciding what to do with the district should be a community effort.

“We want to know how people want to use The Loop before we start digging up things,” she said.

Gartner said there’s an online survey for people to give their thoughts about what needs to be improved in the district.

“We like hearing from people about their ideas,” she said.

Gartner said the overall vision is to attract more people and more businesses to The Loop.

“It’s really something that’s for the city as a whole to pay attention to,” she said. “The Business Loop is the gateway into Columbia. People come off I-70 and the first thing they see is the Business Loop, and it’s not what we want them to see right now.”

“I think it’s a journey,” Griggs said. “It’ll be a significant amount of time before really a lot of things are seen.”

“It took decades for The Loop to become what it is now, which is run down, old, unattractive,” she said. “It’s not going to change overnight. Any type of plan like this is something that moves slower than we’d like, but the end result we hope will be what people want.”