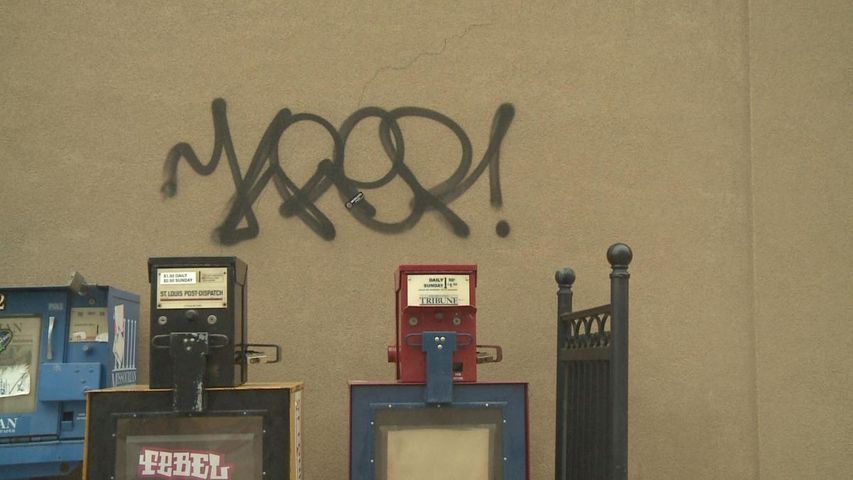 COLUMBIA - Business owners are split on their feelings regarding the recent graffiti attacks downtown.

Columbia building owner Arnie Fagan said he is against the recent attacks and graffiti in general.

"I'm all for art and they can do art on their own property, but when they do art on my property it's vandalism not art."

A Sake Japanese Bistro and Bar employee said they would like the graffiti cleaned up, but they don't know how to stop the perpetrators.

On the other hand, the owner of Pizza Tree said he could care less about the graffiti because, "it's part of living in a city."

He said he would rather see public money spent somewhere else.

However, he added he would care more if it was his building that was vandalized, as he'd have to pay to clean it up.

That's exactly how Fagan feels. He said he has to pay to clean up the vandalism to avoid fines.

"I have to repaint the whole thing, we're talking thousands and thousands of dollars."

While graffiti is a major issue, there are other types of vandalism going on as well.

The owner of Good Nature said vandals not only sprayed graffiti on his building, but they also scratched the window glass, which will cost more than $1000 to fix.

He added if police caught the suspects, he would prosecute them as harshly as possible.

Currently, there are security cameras around downtown Columbia, but police are still looking for leads.

If you have any additional information on who is behind the recent rash of vandalism, call the Columbia Police Department at 573-875-TIPS.