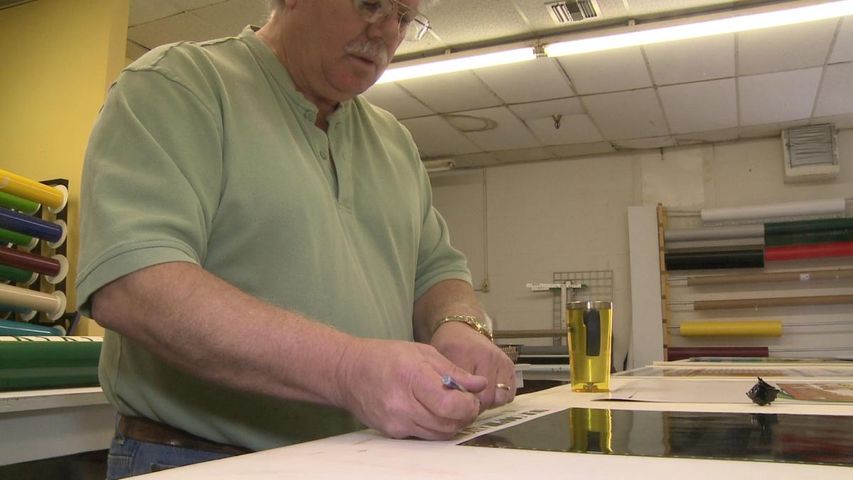 According to Transform Jefferson City Campaign Manager Gus Wagner, the group paid the Gill-line company in Kansas City about $4000 to do its signs.

"In these instances, we go with what can we do with the best rate," Transform Jefferson City Co-Chair Ken Hussey said.

Johnson believes there are two companies in Jefferson City who could have made the signs instead of the Kansas City group, one being his own company. Signs By Tomorrow previously did business for the Transform Jefferson City campaign, but not for this particular purpose. Johnson also said he planned on getting more of Transform's business.

"I invested in a specifically large printer," Johnson said. "Specifically to be able to do the whole sale of business and a lot of the political signage that's going on out of town."

Transform Jefferson City officials said they went with Gill-line because of a lower cost and a previous business relationship. But Johnson said he would have worked with the group on price.