Bustamante Defense to Use 'Who Alyssa Is' Strategy for Sentencing 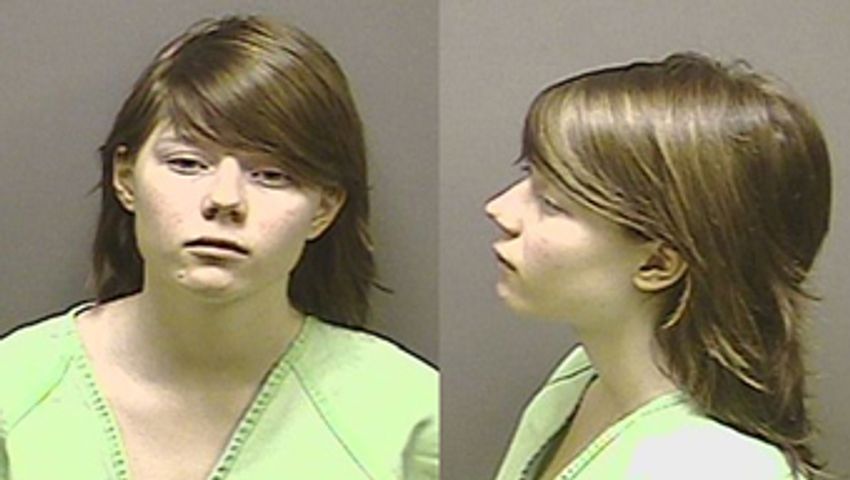 JEFFERSON CITY - Defense Attorney Donald Catlett told KOMU Friday that his client's sentencing testimony in February should give Judge Patricia Joyce an idea of "who Alyssa is and what her issues are" in an attempt to avoid the maximum life term that remains a possibility.

"This process started when Alyssa was 15," Catlett said. "She's a teenage girl; that's who she is. The rest of it will be brought out at the hearing." The attorney said he anticipates having witnesses who will explain her family background. He confirmed Bustamante was in the custody of her grandmother that at the time of Elizabeth Olten's murder, the crime for which Bustamante pleaded guilty in a plea agreement hearing on Jan. 10. The judge's acceptance of the guilty plea thereby reduced the charge to second-degree murder and armed criminal action and subsequently canceled the first-degree murder trial set for Jan. 31.

The range of punishment for the second-degree murder charge is 10 to 30 years, or life in prison for the murder. Bustamante faces a minimum of three years in prison for armed criminal action. Catlett said the law requires a person to serve 85 percent of what is sentenced for a homicide. He confirmed Bustamante is to serve these sentences in one of two high-security female correctional facilities in Vandalia or Chillicothe. Since Bustamante pleaded guilty, the appeals process for sentencing is different from what it would be if she were to be convicted in a trial. Catlett said he expects she will go to prison fairly soon after sentencing. "Once she's sentenced, she is in custody of the state, not the county. Any time she spends in county jail, the state starts paying a tab on that."

At the sentencing hearing, which is set for Feb. 6 and 7 at the Cole County Court House, Catlett said the prosecution first will put on evidence, which is limited to "what is relevant to punishment." "I anticipate they will put on victim-impact evidence...probably by [Olten's] family members," Catlett said. Then, the defense will present its case, which Catlett said will include an explanation of Bustamante's character background and psychological history, as well as the results of "recent evaluations." Catlett said he and his team have not decided whether Bustamante will speak on her behalf.

With regard to the most probable outcome of the sentencing, Catlett resisted making a prediction. He did explain what he has observed in the past from his own credentials. "I've done a lot of juvenile work. I was actually a juvenile officer. I don't think I've had a juvenile stand trial as an adult in a homicide case. I think if you look at those kinds of cases, you can come to the conclusion that the age of the juvenile is certainly a factor in the sentence." Catlett said he believes this factor is one that will be an advantage to Bustamante, who was 15 at the time of the murder in October 2009. "As a society, we treat juveniles different from adults. That's why we have a juvenile system--they can't drive until a certain age, they can't vote until a certain age." Catlett said Bustamante has been given access to GED materials in jail, but he declined to comment on whether her pursuit to continue an education will be a factor brought out at the sentencing hearing.

The hearing that changed the proceedings of the case against Bustamante both surprised and angered the Olten family, according to the family spokesperson who said Richardson "promised" to go to full trial. For the defense, said Catlett, "This was the disposition that we expected and hoped [for]." He continued, "We've thought all along that some kind of re-boost charge was what was appropriate in this case. We did copies of all the police reports and testing that was done and deposed. We knew what the evidence was."

Catlett acknowledged that the public reaction to the plea deal has been "fairly negative" in Internet blog posts about the case. However, he said, "From talking to people closer to the case, a lot of people are not surprised about it." Civilians of St. Martins, where the murder took place, have mixed reactions about the agreement.  Cole County resident Ken Sowers said, "This is something that can be done quickly, get it over with, give the family a chance to come to some closure.  She is a child, and putting her in prison with adults...life in prison...is that going to bring Olten back? No, but at the same time, she did commit a horrible crime, and she's old enough to know what she was doing." Resident and mother of five Jeanette Clenin disagreed.  "I don't think they should have made the agreement. I don't think she should have gotten a reduced sentence. But, at least she's going to get something out of this."  Clenin sympathized with Olten's mother.  "I couldn't imagine.  I lost one child, and I couldn't imagine how she's dealing with it in this way."

KOMU 8 News asked Catlett if he was surprised Bustamante accepted responsibility for the crime-for stabbing and strangling Olten in 2009. He replied, "No."