Bystanders save passengers from burning car at the Ozarks 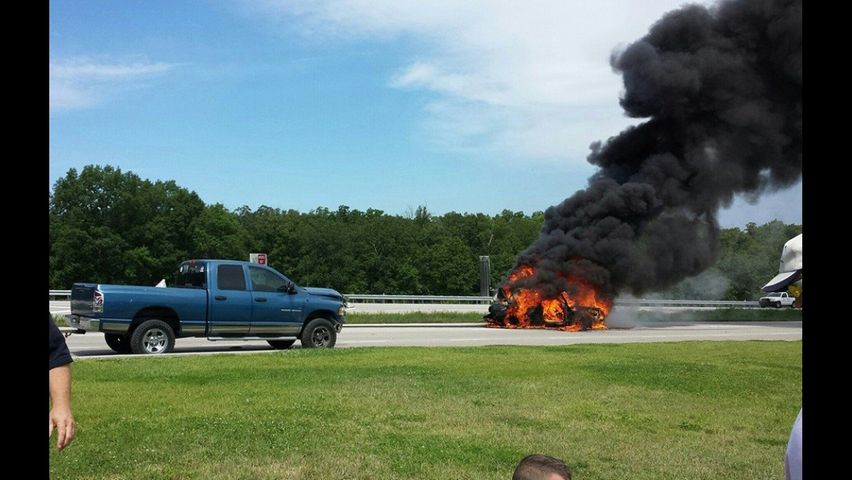 LAKE OF THE OZARKS - Three people were injured after car crash Tuesday afternoon on Old Highway 54 in front of Menards.

James Doyle, the Lake of the Ozarks Fire Protection District chief fire marshal, said the cars hit "very hard" and expected the survivors to have many more injuries than they did.

"Fire started pretty much immediately. The car that was struck in the rear of the vehicle, which impacted the gas tank and caused a spark, causing the vehicle to burst into flames immediately," Doyle said.

Several bystanders rushed to pull the people out of the fire once it started.

Doyle said he doesn't think either of the passengers in the vehicle that caught fire would have survived if they were not pulled out when they were.

Doyle said the fire caused so much damage to the road that MoDOT will have to replace it.

Both vehicles have been towed to Hi Tech Auto.