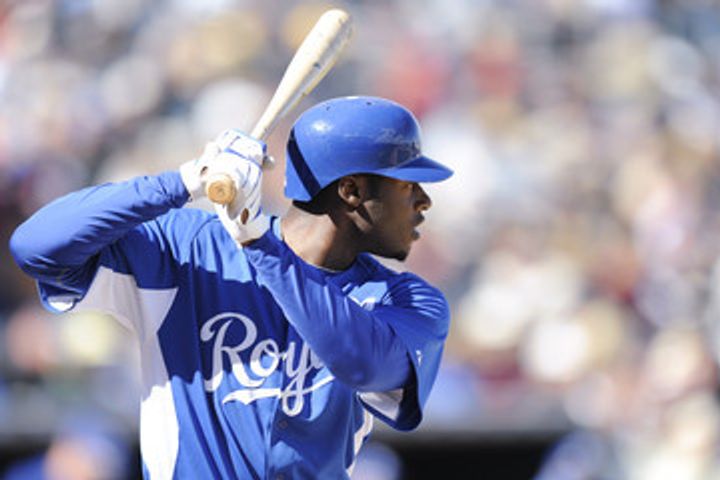 Cain went 3 for 4 and matched a career high with four RBIs, and Gordon reached base three times as the Royals won their second straight and handed Toronto its second consecutive loss following a season-best nine-game winning streak.

The home runs were the 23rd and 24th of the season for the Royals, whose total is the lowest in the majors.

Vargas (5-2) allowed one run and seven hits in six innings, walked three and struck out seven. He's 2-0 with a 1.60 ERA in six road starts this season.

Aaron Crow worked the seventh and Kevin Herrera pitched the final two innings, striking out Dioner Navarro for the final out and stranding runners at first and second.

Vargas allowed a leadoff triple to Jose Reyes in the first and issued a one-out walk to Jose Bautista, but escaped by getting Edwin Encarnacion and Brett Lawrie to fly out.

Cain got the Royals on the board with an RBI single off left-hander J.A. Happ in the second, and Gordon followed Butler's leadoff single by homering on a 3-2 pitch in the fourth.

Bautista replied with a two-out homer in the fifth, but the Royals restored their three-run lead in the sixth. Gordon drew a one-out walk and was almost caught stealing but ended up at second after Encarnacion dropped Happ's pickoff throw. The mistake hurt Toronto when Cain drove in Gordon with a two-out single.

The Blue Jays put runners at the corners with two outs in the seventh but Navarro flied out to center.

Kansas City chased Happ and capped the scoring in the eighth on Cain's two-out homer.

Happ (4-2) lost for the first time in four starts, allowing a season-worst six runs in 7 2-3 innings. He walked two and struck out six.

For the second straight game, Bautista threw out a runner at first from right field. After getting Billy Butler on Thursday, Bautista gunned down Omar Infante in the seventh after Infante didn't initially run out of the box, apparently thinking his fly ball was headed foul.