"Call for moral revival" brings hundreds of protestors to the Capitol 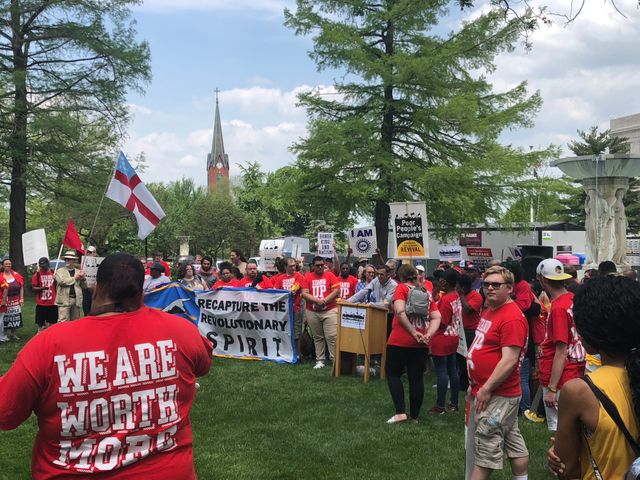 JEFFERSON CITY - Hundreds of protestors marched around the state Capitol Monday afternoon to kickoff for a national six-week campaign of "nonviolent direct action." Dozens of people were peacefully arrested when they blocked traffic.

Reverend Rodney Williams, chair of the Missouri Poor People’s Campaign, said the idea of the protest is to raise awareness of poverty affecting women, children, people with disabilities, and the LGBT community.

“One of the goals today is to bring attention to the fact that we have children and women that are poor,” Williams said. “I don’t believe that, in American, any person that goes to work every day should be considered as the working poor.”

Police began making arrests around 1 p.m., but some protestors said they didn't mind.

“It takes voices to start a movement,” Michael Hayes said. “It was absolutely worth it.”

Hayes said he was “temporarily arrested,” and received a citation for obstruction. The arrests happened in an orderly manner, as people filed up and waited in line for a citation.

Other protestors clapped when groups stood and walked over to the police. KOMU 8 News asked officers to comment but they said no.

The rally re-launched the Poor People’s Campaign, an effort led by Martin Luther King Jr. in 1968 before his death. More than 30 similar rallies took place across the country.

Planned protests will continue every Monday for six weeks and each will focus on a different social issue. Other goals of the "moral revival campaign" include creating awareness of ecological issues, measures to curb militarism and the war economy and demands for an overhaul of voting right laws.

On the sixth week, advocates will go to the U.S. Capitol for a mass protest. The Poor People’s Campaign is intended to become a multi-year effort.