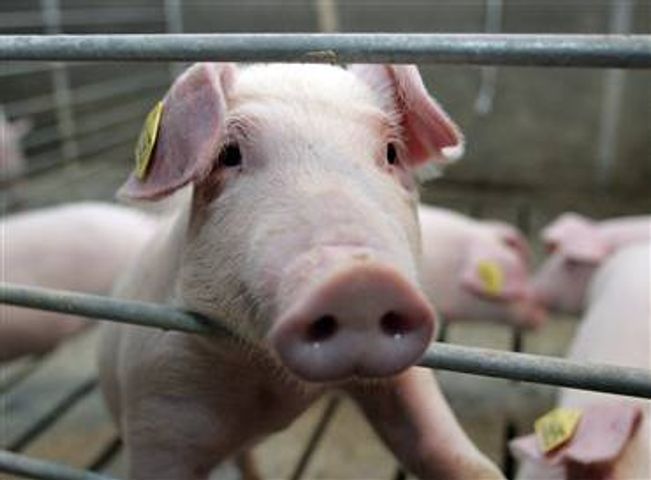 JEFFERSON CITY - The lawyer for a Callaway County group fighting a proposed hog farm was seeking evidence Sunday against the committee that was formed to determine the farm's fate.

Stephen Jeffery, who represents the group Friends of Responsible Agriculture (FORAg), filed a motion Oct. 29. The motion asks Cole County Judge Daniel Green to force the Missouri Clean Water Commission to turn over notes a commission member allegedly took during his tours of hog farms in March and April 2015.

The tours came at the time of a Clean Water Commission hearing, formed to consider FORAg's appeal of a operating permit, issued to Callaway Farrowing, for the Callaway County hog farm.

Jeffery and FORAg claim the commissioner's tours of existing hog farms occurred outside an open hearing. The group filed a lawsuit in June to discredit the tours as valid forms of information-gathering.

The Committee claimed the tours were purely educational.

"The Clean Water Commission certainly has the authority and capability to conduct educational tours, but, you know, our position is they shouldn't have done it while they were considering the Callaway Farrowing permit appeal," Jeffery said.

Jeffery said Sunday Todd Parnell, the commission chairman, took notes during the spring tours, which he later shared with other committee members.

"They had a substantive conversation specifically concerning Callaway Farrowing in the van driving up on the tours," Jeffery said.

"The following day," Jeffery continued, "Apparently Parnell pulled out his little notebook and, for the benefit of the commissioners who weren't able to go, he read off all of his notes to them."

The allegations stemmed from testimony Jeffery heard on Oct. 15 from two people who were present on the tours in March and April. Greg Caldwell and Kurt Boeckman, both Department of Natural Resources employees, said they saw Parnell take notes during the tours, then refer to the notes after the open hearing on April 1 had ended.

When Jeffery initially asked the Clean Water Commission for the notes on Sept. 24, the commission responded, "Any documents prepared by an individual commissioner for his or her personal use is therefore not relevant to the the work of the commission in deciding this appeal."

The motion was set to be considered in a Nov. 9 status conference with Judge Green. Jeffery said the case would move forward from there, based on how the judge rules.

[Editor's note: This story has been updated to correct Caldwell and Boeckman's place of employment to Department of Natural Resources from Department of Revenue.]