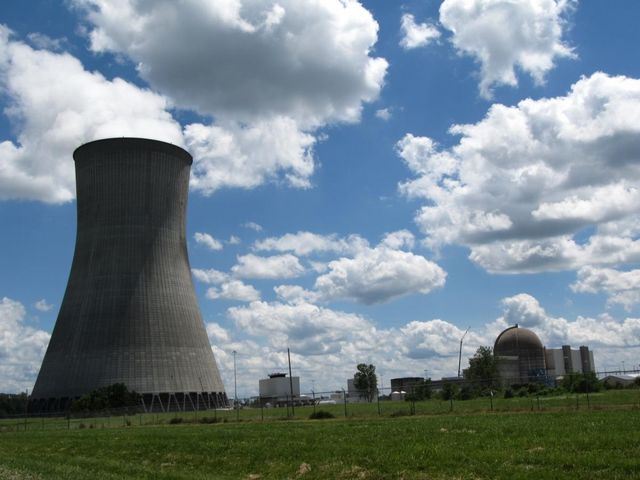 CALLAWAY COUNTY - The Callaway Energy Center revealed a new storage system at its nuclear plant Tuesday. It's designed to save jobs and electrical energy, according to one of its engineers.

The center near Fulton, which provides energy to about 1.2 million customers across Missouri, faced closing when the plant's pools of spent nuclear waste were becoming packed to capacity.

Ameren said it would not be able to meet its obligations to the Nuclear Regulatory Commission (NRC) without building more storage. In March of 2014, the center renewed its license with the NRC. The agreement added 20 years to the operating life of the company and guaranteed that the plant would continue providing energy to various areas of Missouri until the year 2044. Ameren said that time frame was impossible with the old system.

The new system is known as dry casks and, unlike the spent pool, is an Underground Maximum storage system. According to the the director of engineering projects, Shannon Abel, the units made of concrete are designed to be more weather resistant and protective than the spent system that uses water pools to hold the waste energy.

The structure is made of 100-square feet concrete pads that are 33 inches thick with concrete walls running 17 feet deep into the ground.

While the cost of the storage units is confidential information, the project is partly funded by the federal United States Department of Energy (DOE). The DOE has yet to fulfill its contractual obligation to create a national depository for energy waste, causing plants like Ameren to build out.

Abel said the decision to use dry casks was an operational choice to allow for the continued generation of 9.3 million megawatt hours of electricity. Spent water pools will still be the main storage system.

Abel said the dry casks have served as a means to continue serving the state and saved 800 employees from job losses.

The dry casts are not yet active, but the first round of energy canisters will be planted into the storage unit by the end of this week.