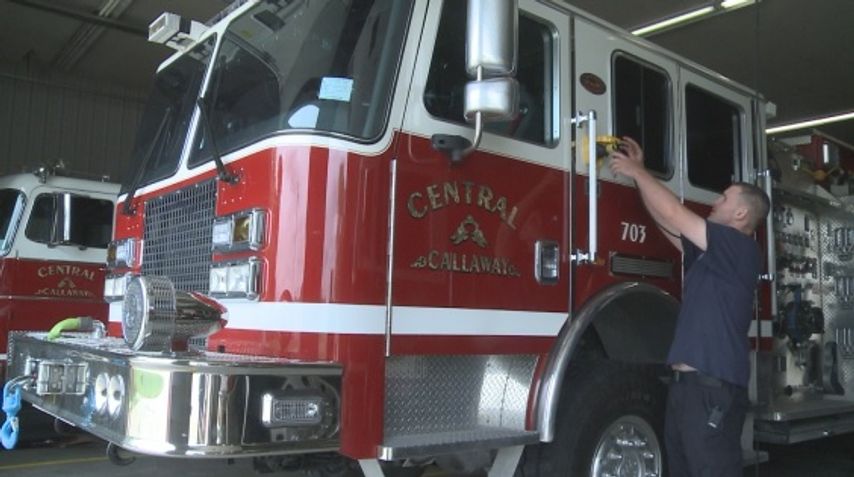 Callaway County Presiding Commissioner Gary Jungermann said with the new system, there is less potential for human error. In the past, he said the current system caused some confusion.

"This system is going to make it much easier for dispatchers to be able to dispatch and concentrate on the call itself instead of having to thinking so much on "how or what button do I push on the radio?'" Jungermann said.

Jungermann said the new system will improve communication between the fire departments and the Callaway Emergency Operations Center dispatch.

"It's much easier and cleaner in responding and everything for both entities, for our 911 center and the fire departments," he said.

The current system involves individual calls being pushed through repeaters to individual departments. Jungermann said the new simulcast system will broadcast the message that is being sent out to every department at the same time.

"Multiple different agencies that are on the same radio frequency can hear the same message," Jungermann said.

Jungermann said the simulcast system is specifically for the rural fire departments in the county, while the city of Fulton will use its own frequency.

The system cost the county $235,000, but Jungermann said the rural fire departments are helping foot the bill. The county is helping pay for a portion of the cost, while each department is paying a sum of the cost based on the call volume they receive during the year.

The fire departments include:

The project is expected to be completed in mid-August, though Jungermann said weather could delay the end date.