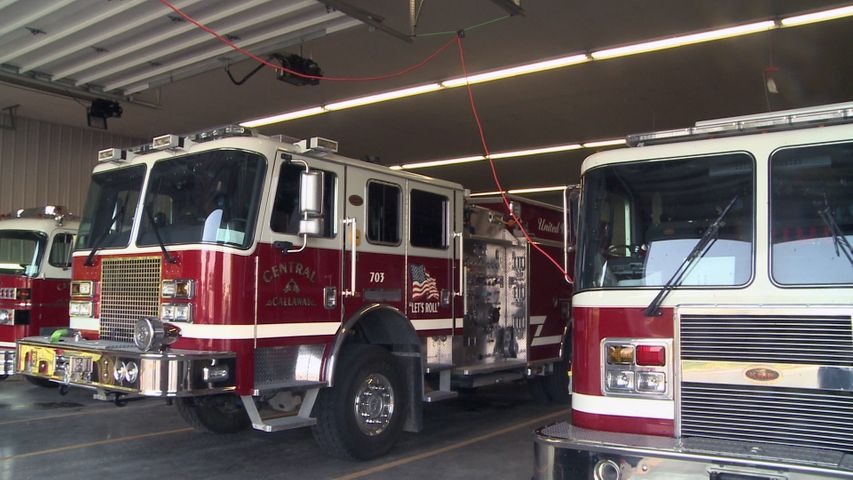 FULTON - Callaway County firefighters say they are excited about their newest fire truck.

They say the new pumper carries both water and compressed-air foam, which they say helps the water reach farther. The truck is the second one to have this feature, but it also has four-wheel drive, unlike the first pumper.

Firefighters say the new truck cost them $480,000 when they bought it new at the end of March, which they say is typical for a pumper with this equipment. Central Callaway Fire Protection District Chief Greg Luebbert says he hopes the truck will help repay taxpayers by reducing their insurance premiums. He says the manpower, equipment, and response times of area emergency services are considered in premiums.

Luebbert says they first used the truck the day they got it. He says the truck has been used for crashes and transferring water but has yet to directly fight any fires. Luebbert says he wants to get 20 years of service out of the truck.