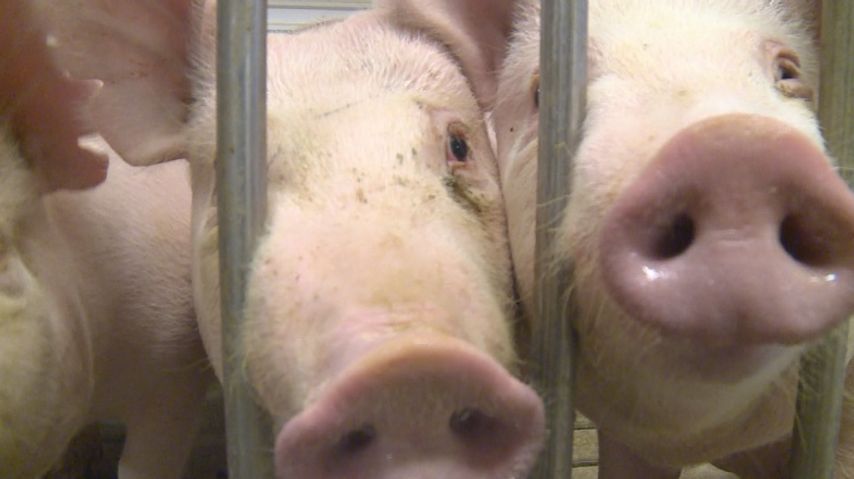 It's part of a legal battle almost three years in the making.

The Friends of Responsible Agriculture (FORAg) has been fighting a proposed 10,000 hog CAFO near their homes since June 2014.

They worry a CAFO in their neighborhood could pose a risk to their water supply and devalue their property.

Jeff Jones, a member of the group and farmer who lives near the proposed facility, said the commission needs four votes to either approve or disapprove an operating permit for the CAFO. So far, they haven't met that mark.

"They're in a deadlock," Jones said. "I guess they were hoping that a third vote would bring about the fourth vote to accept or deny the permit."

Jeffery said in an email because the commission already considered and failed to pass the permit, "the commission lacks the power to reconsider the Callaway Farrowing permit on April 5, 2017 and conduct any more votes on the permit."

The Missouri Department of Natural Resources said Friday the Clean Water Commission needed to "take further action" in the case but hadn't reached a final decision on the facility.

On Tuesday, Circuit Court Judge Daniel Green ordered the commission not to consider the operating permit until the court says otherwise.

Jones said, if the operating permit were approved, "it'd be devastating. It was best explained to me that my operation in this area probably should be sold before that happens because it won't make a low sale on land in this area, it'll make a no sale."

That's why Jones and his group support a county ordinance, proposed by Western District Commissioner Roger Fischer, to regulate the construction of any new CAFOs in Callaway County.

The proposed ordinance would establish minimum distances between a new CAFO and property that unassociated citizens reside or gather. Fischer said it's aimed at mitigating the spread of viruses animals might get when they're housed in the CAFO.

"The greater the distance between the humans and the animals that are in confinement," Fischer said, "It does reduce the likelihood that a human would contract a disease or virus from the CAFO."

Fischer said his proposed ordinance is not targeted at CAFOs, but is aimed at improving public health.

Nonetheless, it would impact the way CAFO operations grow in Callaway County, including the one Jones and his group oppose.

"They've already had two opportunities to pass this thing, so we want to hold them accountable that it has not passed and that we should stop voting on it," Jones said.

[Editor's note: This story has been updated to invlude the response from the Missouri Department of Natural Resources.]

Opponents of large mid-Missouri hog farm back in court