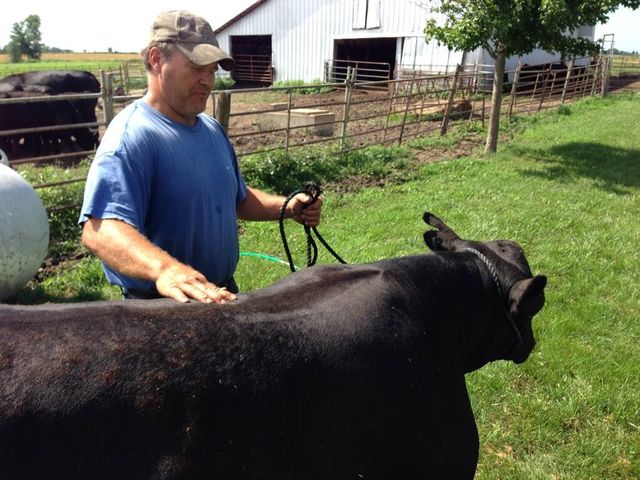 CALLAWAY COUNTY - The group of neighbors against a proposed three-building hog facility in Callaway County, now called "Friends of Responsible Agriculture", named a lawyer Tuesday as they prepare to take action against the development.

Eichelberger Farms notified residents earlier this year they planned to build a 10,000 hog facility off County Road 227, less than two miles from an existing hog facility in the area.

When that facility was built in 1994, neighbors resisted but allowed it given that no more hogs would ever be brought in within 5 miles of it. Jeff Jones, organizer of "Friends of Responsible Agriculture" said that agreement is being violated.

"We'd like them to go to a less populated area," Jones said.

The group named Ann Hagan, out of Mexico, as their lawyer moving forward in their resistance of the facility.

"She has an interest in helping the community and we need some guidance to be able to work through this process and she wants to be a part of that," Jones said.

The group is preparing to hand out a petition Wednesday to have those against the facility voice their opposition.

"This is a good way to respectfully voice their concerns," Jones said.

The group plans to meet Wednesday morning to start signing the petition, they will send it to Eichelberger Farms once it has been signed.