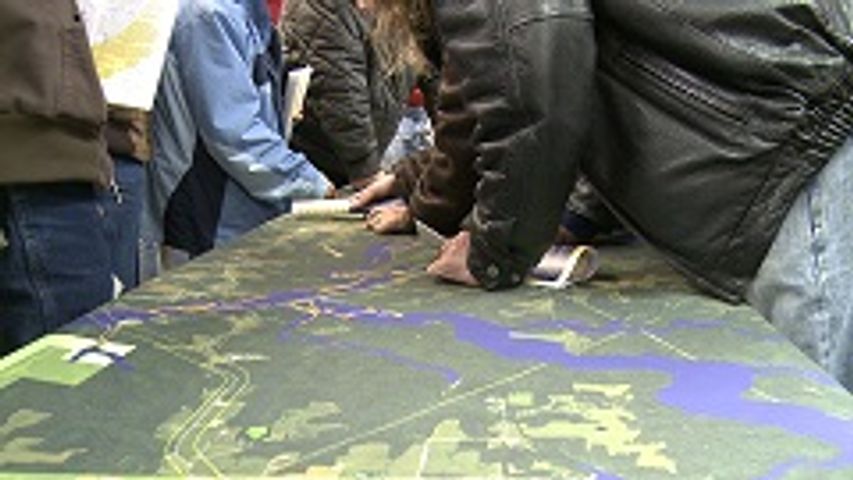 It was the final public hearing for the road that is expected to run from the Route H interchange and Business 54 in Fulton to the southeast of Callaway County past the Callaway Nuclear Plant. MoDot project manager Mike Dusenberg said the two lane highway would be a big improvement from current roads leading to the nuclear plant. Ronnie Miller worked at the plant for 22 years, and agrees with MoDot officials.

"The roads going toward the plant are hard roads to travel on, especially in the winter. It's a challenge to drive that way," Miller said.

Officials also expect the road to bring economic opportunities to Callaway County, especially during the construction work of building a new road.

"It's just gonna (going to) mess everything up," board member Kenneth Sheets said.

A map displaying the current road plan shows the proposed $32.8 million road cutting through the southeast portion of the fairgrounds. But MoDot officials said they doubt the road would take up as much space as indicated on the map. Fairground board members disagree. According to members, the proposed road would not only eliminate the fair's south parking lot, but it would also destroy several buildings on the grounds.

"We had no idea something like this would happen," Sheets said.

Board members said if the proposed road route does not change, they are not sure if they can make up for the land lost, largely due they claim to low attendance at the fair for the past two years.

MoDot officials said they will consider concerns regarding the fairgrounds when they make final decisions on the Connecter. Officials said it will take about six months to finalize any plans.