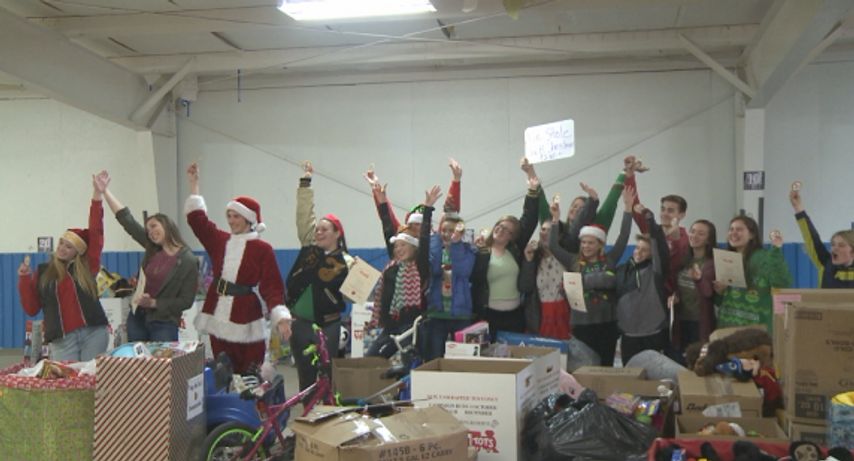 "We're excited," coordinator Melissa Barnes said. "Tonight is our first night where we pass out toys. There are many children that are going to be happy."

Barnes said she felt differently just a couple of months ago. On October 24 someone broke into a Toys for Tots storage unit in Fulton and took or damaged everything.

"Toy boxes were stacked into two layers," Dannie Weddle, assistant coordinator, said. "They took the entire top layer, which is about twelve overloaded boxes and then used a knife cutter to cut the sides of the rest of them that were at ground level and just ripped them apart. They took what they wanted."

All the toys had been donated since the first of the year.

Students with the National Honor Society and Drama Club at Fulton High School heard the news and decided to come up with an idea to help out.

They decided to host a toy drive competition between itself and other schools in Callaway County. The school that collects the most toys will win a trophy, which will be given at half-time of Fulton High School's basketball game Friday.

"Community outreach has been phenomenal and our kids have coordinated it pretty much through all of our programs. It's been a sight to see," Waters said.

"It's a really nice sense of generosity that we're giving back to these kids," he said.

On Thursday, volunteers filled two trucks, a trailer, a car and a 72-passenger bus to the brim with toys.

This year the Toys for Tot branch received over 800 applications from families across mid-Missouri in need of gifts for their children.