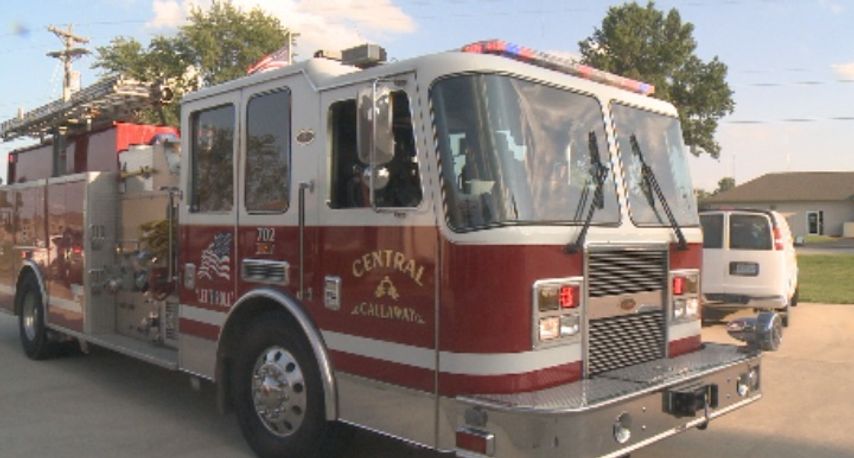 CALLAWAY COUNTY - Members of seven fire departments and the Callaway County Commission are debating how to best fund a new simulcast radio system. Communications between the emergency operating center and the different fire stations across Callaway County are not as strong as some would hope.

"There are a couple of issues," Volunteer firefighter Matt Dodd said. "It's for our safety but it's also to let us know where to go and depending on the call, what truck it is that we need to respond with."

The existing radio communication system was last updated in 2011 and some firefighters still find it unreliable.

"They are looking for means to better communication and I think we are too. I think we realize there are some issues out there," Presiding Commissioner Gary Jungermann said. "The only problem is, the real issue is, the revenue and the funding mechanism."

The new system will cost $235,000 to install and some commissioners said they believe they have formulated a plan to make it happen. As the proposition stands, Callaway County will pay $45,000 and the rest will be split up for the fire departments to pay depending on call volume measured over the past three years. The departments can pay over a five-year period but will be responsible for the ownership, maintenance, replacement of equipment, insurance and any future upgrades for the system. The proposed funding method asks for the department to pay a total amount as follows:

Central Callaway Fire Protection Board President Dale Dodd said the departments should not be expected to pay such a high amount.

Jungermann said he disagrees because the EOC fund is used by multiple entities. Additionally, the Ambulance District added a new simulcast system, which they fully funded.

"Callaway County doesn't have a 9-1-1 tax," Jungermann said. "So a lot of the funding that's being done for the 9-1-1 center is, some is from a 15% surcharge for land line telephones which generates approximately $400,000 to $425,000 a year. But the actual budget though down there for our dispatch center, just to run the center is just over $1.1 million."

Dodd said he is frustrated with the communication they've received thus far and says he looks forward to clearer answers.

"I think right now we can make the best out of a bad situation and make it all happen," Jungermann said. "I think we've all realized we do what we can with what we have and sometimes you wish you had more and you don't."

The commission plans to discuss the issue in the upcoming weeks and hopes to have the new system installed by Spring 2015.