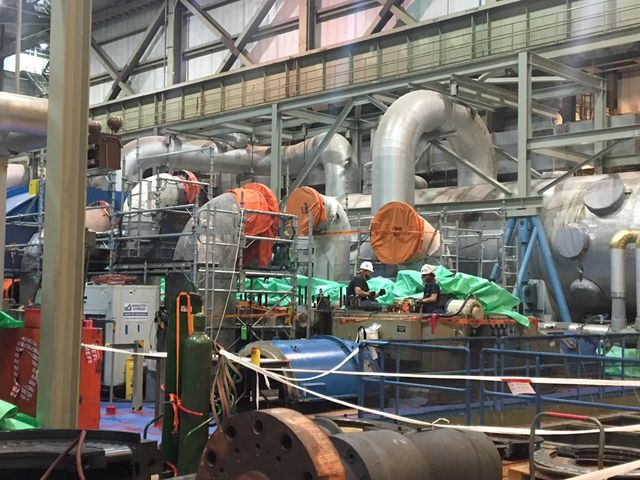 FULTON – Ameren Missouri’s Callaway Energy Center is in the middle of a 55-day outage, where crews will replace fuel assemblies and perform regular maintenance.

"These refueling periods, which happen every 18 months, are an integral part of continuing nuclear energy's role in providing safe, reliable, affordable and carbon-free energy to our customers," said Barry Cox, senior director of nuclear operations.

Typically, the outages occur during the during the spring and fall because the demand for electricity isn’t as high, compared to the summer and winter months.

The center generates almost 25 percent of the electricity for Ameren, which reaches about 1.2 million people.

"Customers will not notice any difference in their service," Cox said. "These outages are planned well in advance, ensuring other Ameren Missouri energy centers are available to serve customers."

He said other plants that use coal, wind and water power supplement the electricity the center doesn't produce during the outage.

For every outage, Ameren hires approximately 1,000 independent contractors to work on individual projects and help maintain the center's turbines and main generator.

"Copper bars wear out; insulation wears out so we need them to put some new bars in. It's really just replacing the parts, because they’ll last for the next 30 years until our license ends," said Mark McLachlan, senior director of engineering.

McLachlan said the generator only needs to be maintained once in the center's lifetime. If the center plans on extending its' license for an additional 20 years, the generator will need to be rewound again.

The energy center’s next outage will occur in the Spring of 2019.