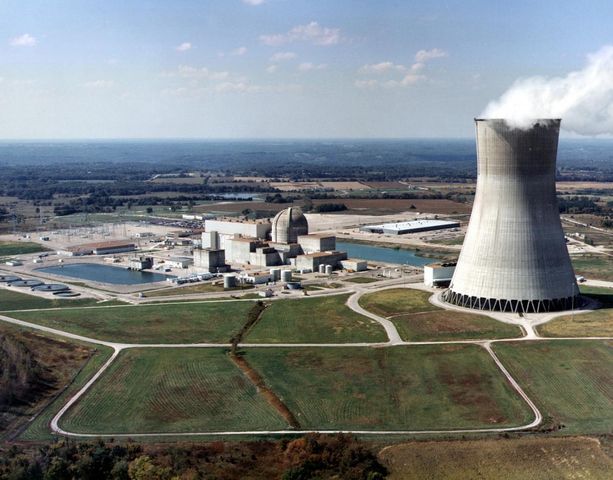 CALLAWAY COUNTY - The top engineer at Callaway County Nuclear Power Plant said his team is designing changes in response to the nuclear disaster in Japan in 2011.

Cleve Reasoner said the plant wants to be prepared for a worst-case scenario.

The Callaway plant sits on top of a hill and would likely not be subject to the sort of catastrophic flooding that happened in Japan, but that doesn't make it free from threats.

After the crisis, the U.S. Nuclear Regulatory Commission (NRC) established a task force to determine if it is necessary for U.S. nuclear power plants to be further modified.
According to Nuclear Engineering International (NEI), one of the recommendations the NRC made was an order to prepare for events that went beyond what the facility was built to withstand.

The U.S. nuclear industry, working through the NEI, developed a framework for implementing this order. Modifications are specific to each plant, as some are vulnerable to different natural disasters, depending on location.

According to NEI, U.S. plants must comply by Dec. 2016 or before two refueling cycles pass.

The new strategy is a back-up plan to a back- up plan, Reasoner said. "Redundancy is a key part of our design."

Additional resources would be available from regional response centers currently being planned.

"The industry is stockpiling resources around the country," Reasoner said.

If a crisis occurred at the Callaway plant, he said, regional centers can get additional materials for the station.

The Callaway plant's regional response center is expected to be ready by summer 2014.

The NRC intends to issue a Safety Evaluation Report (SER) for each site after each plant makes modifications.

Reasoner said, after the design phase, the Callaway plant will "go through a process of analytical calculations and drawings to implement in the next year."