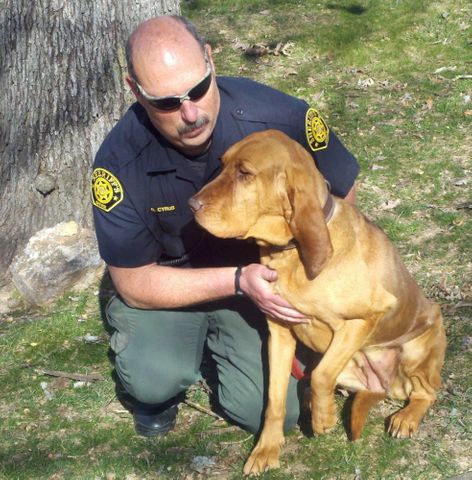 Camden County Sheriff's Department received a call Sunday night from a woman who said her 75-year-old sister had contacted Life Alert with her cell phone and was lost in the woods behind her house.

Deputies searched the woods for an hour and a half, but could not find the woman because it was so dark and the woman's cell phone battery was dying.

Deputy Gary Cyrus and his K-9 partner Nutmeg, a bloodhound, then arrived and quickly found the woman and escorted her back to her house while they waited for an ambulance.

The woman was not injured.