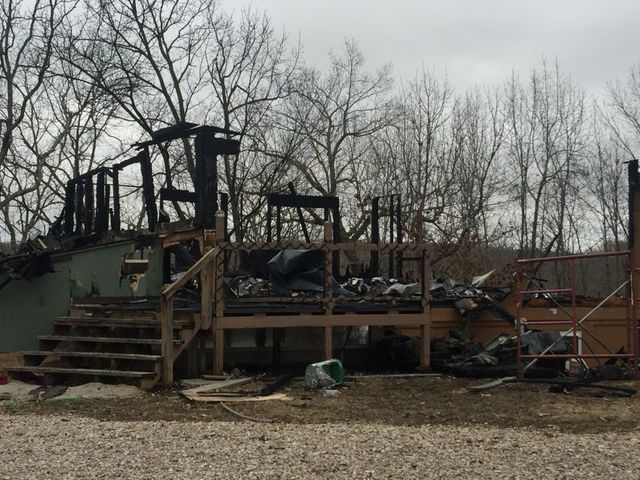 CAMDENTON - Mid-County Fire Protection said Marilyn Asti, 68, died on Feb. 13 from injuries from a fire in Camdenton on Feb. 12.

Asti's friend and neighbor, Linda McCabe, saw Asti the day of the fire.

"She sustained severe burns and stuff, and it was just not good. You couldn't even recognize her."

Mid-County Fire Protection said the top floor of the house was completely on fire when firefighters arrived at Willow Creek Road.

McCabe said the top floor of the house was being remodeled, so she believes the dry wood is what caused the fire to spread so quickly.

McCabe also said another neighbor was the one who ran to the house to pull Asti out while she was on fire.

McCabe has known Asti for 23 years.

The funeral will be held on Saturday at Pleasant Hill Baptist Church in Camdenton.

Investigators said the fire was not suspicious, but they can't determine what exactly happened because the damage was so extensive.