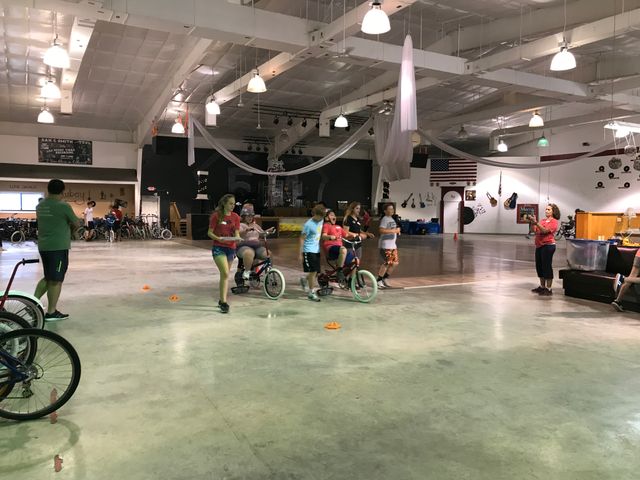 FULTON – A unique camp is being held this week in Fulton for kids with disabilities.

The iCan Bike Camp is a week-long camp that teaches kids with disabilities how to ride a bike. Throughout the week, the kids move up from different assisted bikes until they are able to ride independently on a two-wheel bike.

Director Nancy Hanson said she first found out about the camp when she took her daughter to one in St. Louis five years ago. After her daughter’s experience, she said she knew she had to bring it locally.

“I think there are a lot of families here who have a lot of heavy, heavy days and if we can get something like this… that’s a great thing,” Hanson said.

Hanson said it brings kids confidence to learn how to ride bikes at their own pace with no competition.

She said the camp also helps out parents.

“To see a parent sitting off to the side and realizing their child is doing something that they would do. That’s the gift I want to keep on giving,” Hanson said.

Parent Mary Hamilton’s son was attending his second camp after last year when they found out he needed glasses. She said this year he is excelling.

“We could not have [taught him to ride a bike] without the help of this camp,” Hamilton said.

The kids rode with smiles on their faces.