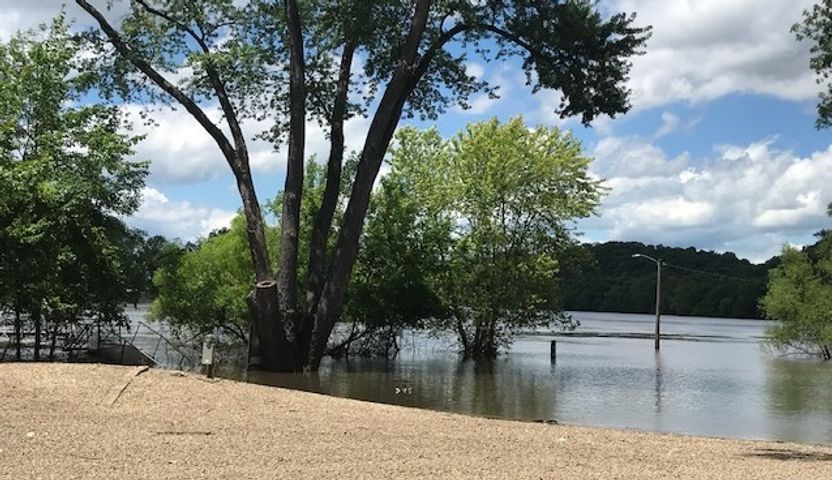 OSAGE COUNTY – The Mari Osa Delta campground, along the Osage River and Missouri River Delta, has lost about 15 to 20 thousand dollars in business since late May.

Owner Harold Taylor said he has owned the grounds for nine years and has only seen it this bad one other time.

The river near the campground is no longer at a dangerous level, but he has had to turn away a lot of guests.

“I don’t have 50 spots, but I’ve had to turn away at least 50 different people since the flooding got bad,” Taylor said.

He also said he pays flood insurance, but it hasn’t help.

“FEMA doesn’t cover any of this landscaping of electrical for the RV sites, you pay flood insurance but it just covers the building, the structure, so all this and the people’s yards, it’s all out of pocket,” Taylor said.

One neighbor said he likes to go out on the river every summer, but it’s been hard since the river is closed.

“Usually we go out with our friends on a boat, but the river over here is shut down so they don’t let anyone on. I think they just don’t want wakes to make things worse,” Marcus Jordan said.

Taylor said he doesn’t want to allow more guests until he can fix all of the electrical boxes and the sewer system.

He thinks it will be about another month until the campground is fully back and running.