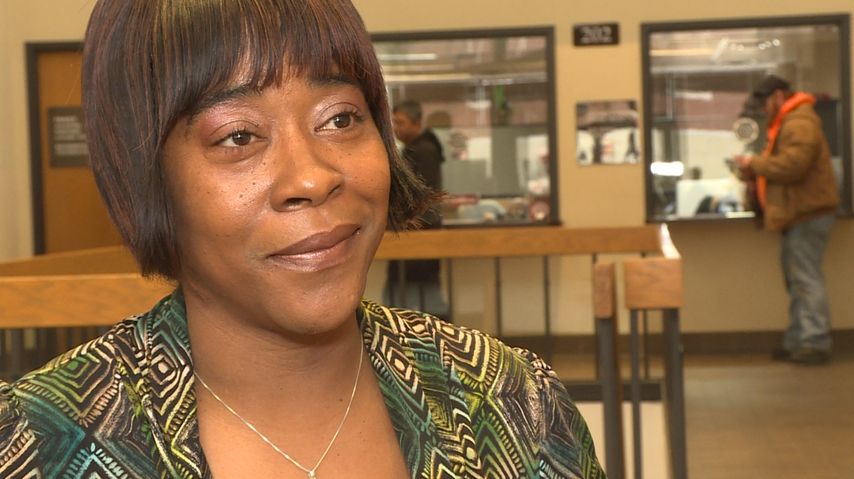 JEFFERSON CITY - When Tiwan Lewis lost her home to a fire in December 2017, she found herself experiencing homelessness. Now she wants to be mayor.

Lewis, who lives at a Salvation Army's shelter in Jefferson City, filed her paperwork Monday.

"It's pretty sad to know that people don't have anywhere to go if they are put at the Salvation Army," she said.

If she were elected mayor, Lewis said, she would look to restructure resources and network nonprofit organizations so peoples' needs can be met.

Lewis said she knows what it's like to fall on hard times.

She got an apartment over the summer but said she was evicted in November because she couldn't make rent. Lewis said she had been working for a shipping company, but never got paid. She said she got assistance to stay in hotels for a few weeks, then she eventually got space at the Salvation Army.

"Affordable housing is the biggest concern as far as what I have experienced to this point that's not in our community," she said.

Lewis, who said she served 8 years in the U.S. Army Reserve, was born and raised in Jefferson City and moved away during third grade. She moved back in 2002 and graduated from Lincoln University with a degree in criminal justice.

Lewis said the Jefferson City community should have ways for people to transition from hardship to a more stable living situation.

She said she would work to create an apprenticeship and internship program to help young people reach their goals.

Lewis, who has four children between the ages of 3 and 20, said she pretty much lost her catering company, Mary Ann's, after the fire.

Her focus right now is trying to get back on her feet, she said.

Lewis is the only challenger to incumbent Mayor Carrie Tergin, who was first elected to the position in 2015. Tergin previously served on the city council for six years.

Tergin said the Jefferson City community is very giving and works together to help people experiencing hardship. She said several churches step up when needed.

"I've worked with them as much as possible to make sure that we're doing what we can," Tergin said. "And, in addition to the churches working together, certainly through the city, the city has services with our Planning and Protective Services Department that continues to reach out and do what we can to help that."

Anyone who wants to run for mayor has until 5 p.m. Tuesday to file.