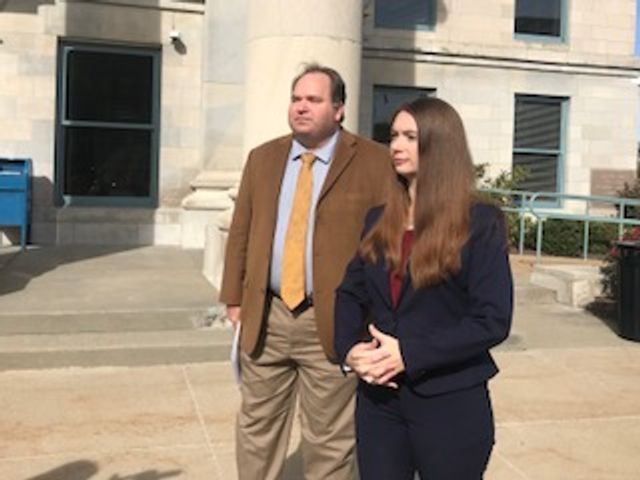 COLUMBIA - A campaign attack ad against Democrat Michela Skelton, who is running for the Missouri House of Representatives, prompted her to file a defamation lawsuit Wednesday.

The ad claims Skelton advocates for "violent protests against police." Skelton and her attorney, Stephen Wyse, said there is no truth to the ad.

"This is an astonishing threat of violence toward law enforcement when there is no basis for it," Wyse said.

The HRCC said the claim against Skelton originated from a Facebook post Skelton created following protests in St. Louis in September 2017. Skelton sympathized with protestors upset over the acquittal of police officer Jason Stockley in the shooting of Anthony Lamar Smith.

"We believe the voters of the 50th district deserve to know the radical views held by Michela Skelton and we intend to make them aware," said a spokesperson for Missouri HRCC via Facebook.

Walsh said she has not heard the ad and knows very little about the lawsuit.

"The bottom lines is that I have no control over what the HRCC does," Walsh said. "I will not allow this threat of frivolous legal action to get in the way of my representation of the citizens of MO-50."

Skelton said she would like Walsh to denounce the ad and the actions of the HRCC.

"It doesn’t take anything for her to come out and say that she doesn’t agree with the ad, that she thinks that it’s false and it’s lies and defamatory," Skelton said. "Our community deserves better than this divisive behavior shown by the House Republican Campaign Committee."

Skelton said the lawsuit is not just about her, but demanding a larger change in the way political campaigns are run.