Candidates for library director make their pitches to the public 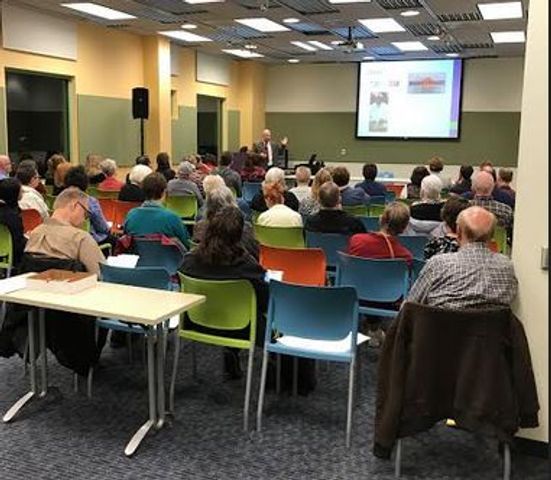 COLUMBIA - Finalists competing for the director’s position at Daniel Boone Regional Library met with the public Monday to say why they should get the job.

Candidates talked about their vision to improve the library for the public and staff.

The position opened after current director Melissa Carr decided to retire after 21 years of service.

The director is responsible for managing the services of the library, making sure the staff is helping customers and customers feel welcomed.

Margaret Conroy, Matthew Hortt and Robin Newell are running for the position.

Conroy, the assistant director of the St. Charles City-County Library District, said her vision is to make the library a place that serves everyone's needs.

“Continuing the conversations among the community is important,” Conroy said.

Conroy said moving outside the walls of the library is vital to making the community want to come in. She said, in order to get more engagement from the community, the library staff must hold conversations about what is happening in the community.

Conroy said training staff to be neutral with controversial issues helps create a space for the community to talk about the important issues.

Hortt, the city librarian in Santa Clarita, California, said the the books, computers and other offerings allow members of the community to generate ideas and follow up on them.

“The library is the place of content creation,”  he said.

Hortt said he wishes to expand the community’s perception of the library. He said he wants it to be a place people of all ages want to come to.

“I believe if we incorporate more of pop culture and know what many young people are talking about, we can reach more of the community,” he said.

Hortt also said having events that today’s generation are interested in would help with building the community’s relationship with staff.

Hortt said he best fits the position as director because he has experience with juggling different personalities and branches at once.

Hortt said he believes engaging with the staff is one of the most important aspects of being a director.

“I really think the face needs to be all of the staff. But being a face and advocate for the library everywhere you go, whether you're at the grocery store or anywhere,“ Hortt said.

Newell, the public library executive director in Emporia, Kansas, said the most important thing is trust between the staff, community and her.

“Being transparent means from the top to bottom, and the bottom to top,” Newell said.

She said it is equally important for everyone working in the library to be on the same page and to communicate clearly with each other.

Newell said, in order to retain employees, she would create an environment of inclusiveness.

“It takes time to learn where people are, learn where they are and their aspirations with their positions,” she said.

She said, if she becomes director, she would learn more about what employees want to improve in their position and their expectations are for the library. She said having an open mind as a director and listening to the employees would better help her with meeting their expectations.

The new director will be chosen early next year.