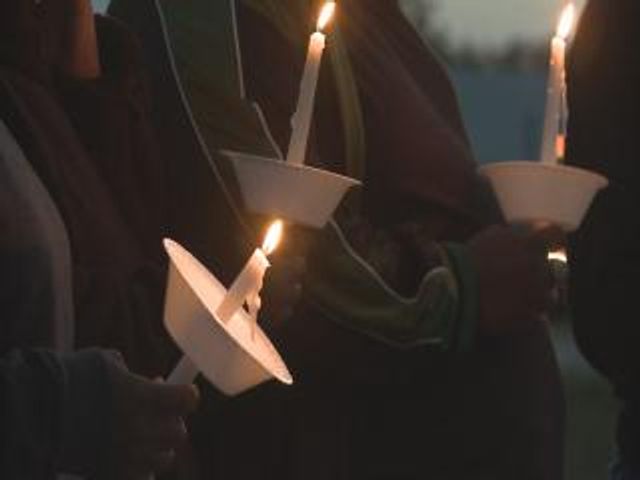 More than 20 supporters paid their respects to 36-year-old Ennis Marquis Patrick and remembered the good times.

"He just enrolled into college," family friend James Gray said. "That's an awesome thing, so that's what we want to remember, the love, the fun and the joy that he had."

Gray said he and family members have a lot of unanswered questions about the investigation.

"From my understanding, apparently there was a call into the state trooper from the trucker [who allegedly hit the victim], and the state tropper relayed that on to the CPD, and apparently nobody came out to investigate or whatever until the next day or whatever or later on that day," Gray said. "There's a communication problem. The families have every right to be upset. They have every right to know what happened to their loved one."

However, frustration is not the message Gray wants to associate with the loss of his friend.

"We're not promised tomorrow," Gray said. "Here today, gone today. As the mother said earlier, tell your kids, tell people, that you love them and mean it from your heart."