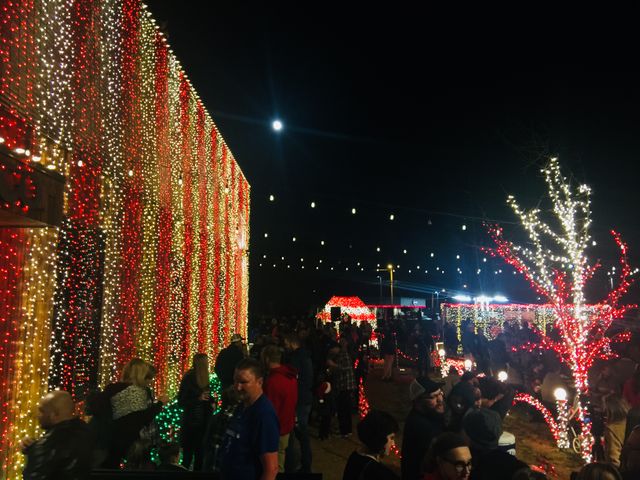 COLUMBIA - Columbia residents may be familiar with the home decked out in holiday lights known as the Candy Cane Crib. This year, the house with thousands of dazzling lights upgraded to a bigger venue - Logboat Brewing Company - for a good cause.

"I ran out of room at my house and my vision is to continue to grow this and make this a really big display for the community," said Candy Cane Crib creator Ryan Shultz.

Shultz coined the term Candy Cane Crib in 2011. His home brought residents together to view his elaborate light displays. He said attendees would offer him money to help pay for his electric bill, but instead he wanted to put the money back into the community for the Boys and Girls Club of Columbia.

"Last year I almost raised 3,000 dollars in my driveway and that was just me sitting in my driveway talking to people," Shultz said. He hopes to double the funds this holiday season.

Shultz pitched the idea of expanding the Candy Cane Crib to Logboat this year and spent three weeks decorating the exterior and creating kid-friendly interactive displays.

Brittany Dodson brought her whole family to Logboat for the new and improved Candy Cane Crib.

“You get the community out here with their children, and the lights are just awesome, it's great for the holiday season and it's a good tradition," she said.

Throughout the month of December, Logboat will continue to have the lights as well as several other holidays activities such as live bands and food trucks.

He hopes it will be a success and that it will become tradition for the years to come.