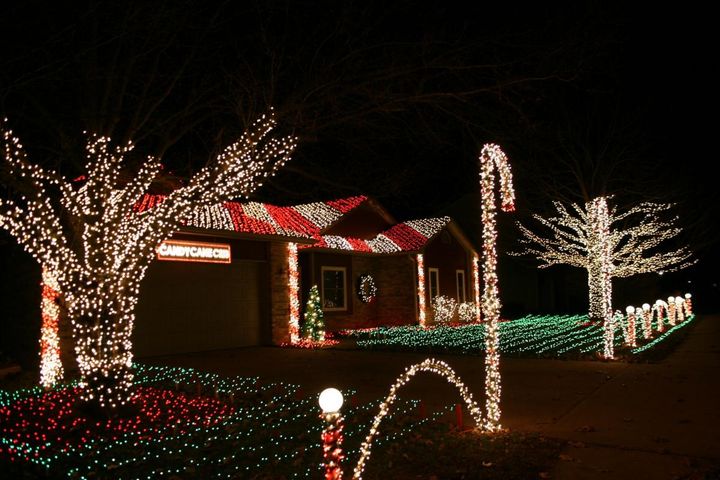 COLUMBIA - The magic tree in Columbia may have a new rival in town.

Ryan Shultz owner of "The Candy Cane Crib" at 4816 Glencairn Drive said he hopes to make his house a destination for holiday light sightseers.

Shultz made a Facebook page for the crib and said today he finally got 200 likes.

For the past four years, Christmas time has been busy for Shultz.

It takes two weeks for Shultz to string the 35,000 lights on his house and lawn.

"I love seeing people stop and I try to talk to everyone and I like answering questions about how we did it. I get joy out of that," said Shultz.

Shultz electricity bill is doubled in December. To pay the extra cost he strings lights for other people during the holiday season.

Every Tuesday before thanksgiving each year the house is officially lit with a lighting ceremony shared by Shultz's family and friends. This year was one for the books.

He said he hopes the "Candy Cane Crib" will be a tradition he can pass down to his one year old son Knox.

"I hope it'll be something we can share as he gets older," Shultz said.

The light display will be up until January 1.