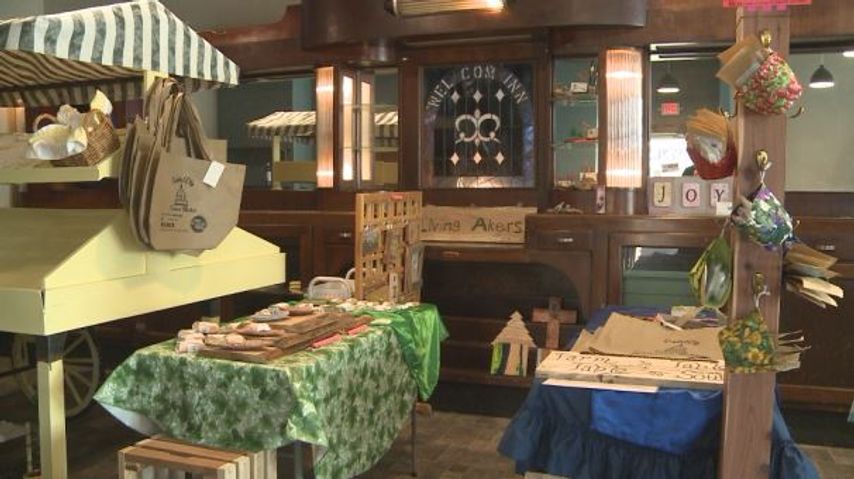 The farmers market only started selling a year ago, but the board in charge decided it was ready to start selling year-round.

Duncan said the new location at the corner of Dunklin and Madison streets comes with certain advantages, like air-conditioning.

"We're inside, when it gets really warm, I know that some of our older customers - it's hard on them," Duncan said. "It's hard on the producers, too. You're putting up tents and it's really hot and you're taking it down, moving a bunch of stuff, but now people can come in and shop when it works for them. It's air-conditioned. It'll be heated."

The new location also comes with a cafe that sells drinks and food and a kitchen for vendors to prepare products.

Duncan said the board is also working on a program to enhance adult literacy by selling books, but that won't be ready until the market has a chance to be comfortably situated in its new area.

The farmers market originally planned to move into the old Blattner store next door, but the costs for transforming the property eventually became too high.

Through the use of a few grants and community partnerships, the Capital City Farmers Market was able to turn an old restaurant into an area it could sell out of year-round.

"It's here. All the planning, you know, going back to the drawing board. It's here and it's open," Duncan said. "I love that the community is supportive of all of the different aspects that the market offers."