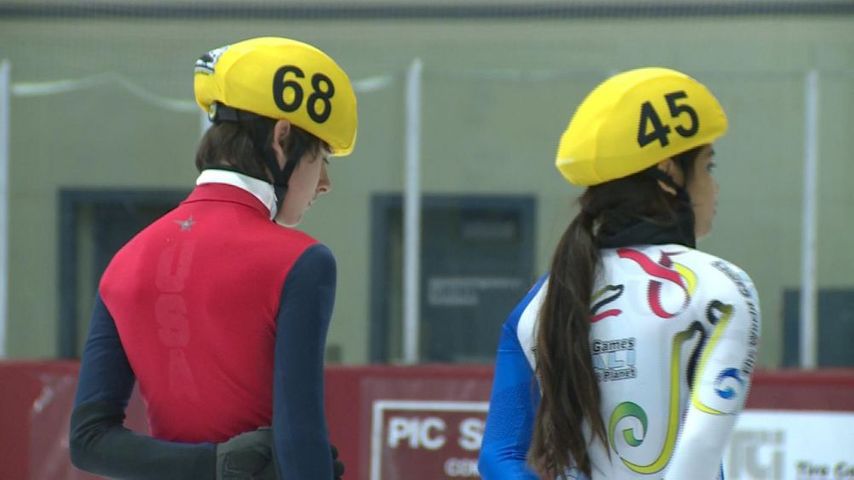 JEFFERSON CITY - Speedskaters of all ages and genders from across Missouri competed at the Capital City Speedskating Championships Saturday.

Speedskater Elizatbeth Whelan from Kirkwood was on one of the five teams competing in Saturday's competition. Whelan has dreams of one day making it to the Olympics, but that's not what the sport is about for her.

“I mean I would love to, right now it’s seeming like a dream I can never get to because I’m going off to college next year and I have asthma, so its hard to out there for a long time," Whelan said.

Instead, Whelan and her teammate Tyler Benbow enjoy competing against skaters they know.

"Normally, you don’t know who you’re skating with, but with small meets like this you know everyone,” Benbow said.

Gateway Speedskating Club member Elysia Krieger started skating five years ago with her son and competed against him in Saturday's event.

“It’s really nice to do as a family, because I know what they are going through when they’re racing, whether they’re doing good or bad I can relate to it," Krieger said. “It’s a fun way to compete with each other and just stay fit and healthy."

Haley Pepper, a parent of a speedskater, agrees that the sport is one the family can practice together.

Pepper's 5-year-old son, Edward Fonseca has been skating for two years and competed on Saturday.