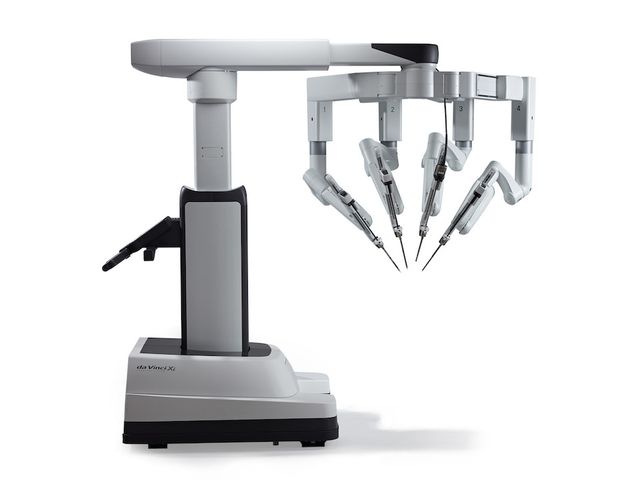 JEFFERSON CITY – Capital Region Medical Center announced Wednesday the addition of the da Vinci Xi Surgical System, the most advanced robotic surgical system of its kind and the first to reach a Jefferson City hospital or health institution.
The system is a tool that uses advanced robotic, computer and optical technologies to help the surgeon with the operation. Instead of acting on its own, an experienced surgeon controls the movements.
Gaspare Calvaruso, President of Capital Region Medical Center, said the system provides their local surgeons a tool to be more precise and see things better.
“The Xi is the most recent version, so it has all the most recent innovations in this type of technology,” Calvaruso said. “It raises the level of abilities for Jefferson City for our surgeons to utilize the best equipment possible for surgeries.”
The da Vinci Xi Surgical System provides help on lower risk surgical procedures and focuses on surgical areas of gynecology, urology, thoracic and cardiac operations.
While there is a core group of physicians at Capital Region that can utilize the da Vinci robot right away, one of the biggest advantages is in the level of talent the center is now able to recruit.
“More and more physicians coming out of their residency and being trained on this type of technology,” Calvaruso said. “So now, some physicians that may have chosen a different community to live in and work, will now choose Jefferson City.”
Lindsay Huhman, Capital Region Medical Center director of Public Relations, said this addition helps accomplish their goal to keep high quality care in Jefferson City.
“We know that there are patients leaving the community, this helps them have access to something locally, which as a community hospital is what we really strive to do,” Huhman said.
The system also has a 3D high definition vision system and computer software that helps the surgeon operate with enhanced vision, dexterity and control. The image is highly magnified, so the surgeon has a close-up view of the operating area.
The da Vinci tools used have mechanical wrists that bend and rotate, mimicking the movements of the human wrist. This allows the surgeon to make small, precise movements inside the body.
“This insures that we are providing the things that surgeons need when they are selecting where they want to work for their future,” Calvaruso said.
Capital Region Medical Center, an affiliate hospital of University of Missouri Health Care, plans on using the system for the first time in early April.