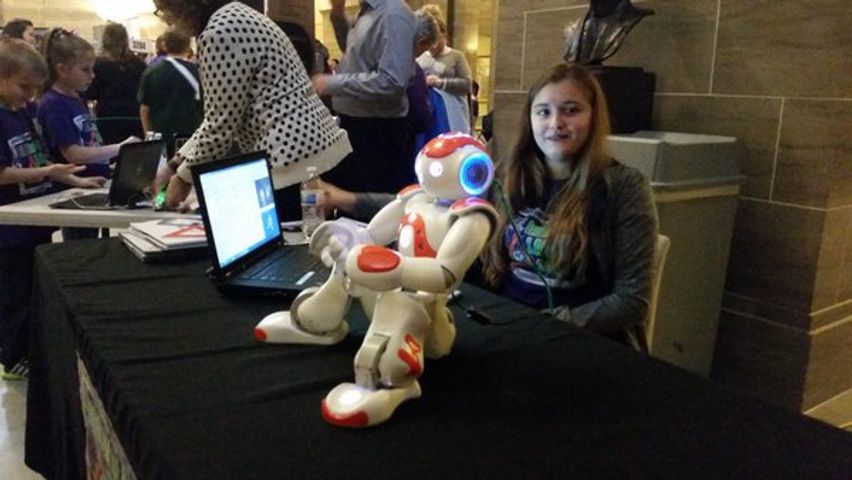 JEFFERSON CITY - The Missouri Chamber of Commerce and Industry hosted "STEM Day at the Capitol" Thursday and students and teachers from grades K-12 met with legislators and showed off their knowledge of math and science.

Students were able to try out an F-18 flight simulator and virtual reality visor system, show off school robotics and technology projects and compete against one another in a LEGO Robotics Challenge.

"STEM" stands for science, technology, education and math, and focuses on highlighting these areas of learning within all levels of education, with K-12 being the main target.

Many supporters of increased STEM education cite the increasing need for workers in math and science fields.

"It's critical to the future of our country," said Boeing Manager of Education Relations Matt Daniels. "We need more engineers, we need more scientists. Many of the jobs today require a technical background and to have that ability to think theoretically, to think critically and apply those skills in a learning environment, work environment is just critical to our country."

Educators at the event also expressed the need for STEM education.

The Ritenour School District Curriculum Coordinator, Stephanie Valli, said many of the positions available to students are STEM related.

"If we really want our students to be the productive citizens that we know they need to be, we need to get them started as early as possible," she said.

Students also talked about the value of a STEM education.

"It's very important," third grader Blake White said. "Because when you grow up, if you want to be a scientist and you don't know what you're supposed to do in science, then you won't be able to build the stuff you want to create."

"A lot of students tend to think that it's like sci-fi and just some high up thing that they probably can't attain. But when they get into STEM education and they see the classes, and see how fun it is and how capable they really are, then they really start to be able to pursue it as a field," he said.