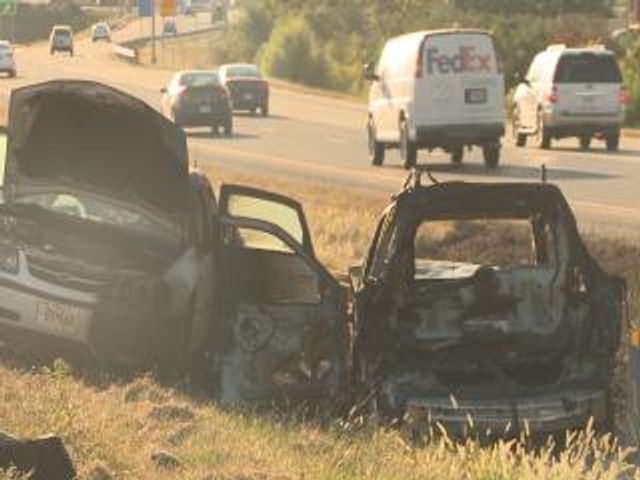 COLUMBIA - A chain reaction accident on I-70 Friday evening cause one woman's car to catch fire.

Traffic was slowing on I-70 Eastbound just past the US 63 interchange when a vehicle rear-ended 21-year-old Briana Swift. Swift's car then struck the car in front of her. That's when she said she noticed fire coming from the front of her car.

Columbia firefighters say a white Chevy Impala driving close to Swift was not involved in the initial accident but also caught fire.

Swift was able to get out of her car before it became engulfed in flames. While she had a few scratches, she said she was unharmed in the accident.

Officials didn't confirm any other injuries.