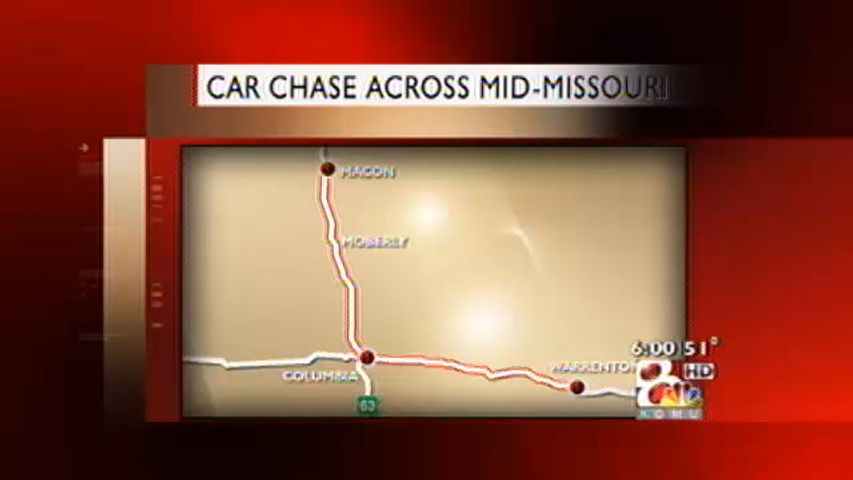 The chase started at nine Tuesday morning when police tried to stop Gibson who has multiple warrants out for his arrest. Gibson was driving a maroon 1995 Chevrolet Lumina.

When Gibson arrived in Montgomery County, police realized there was a small child in the car and stopped the ground pursuit, resorting to an to aircraft follow the car.

At mile marker 155 in Kingdom City the car stopped and a woman and the small child got out of Gibson's car. Police then continued the ground pursuit.

When Gibson reached Columbia around ten Tuesday morning, the highway patrol asked the Columbia Police Department to block the exits off I-70.

Columbia Police Department got word that Gibson's estranged wife works at Delmar Cobble State School in Columbia. According to police, Gibson tried to call her a number of times Tuesday.

Gibson got off the highway at the Lake of the Woods exit and took back roads to highway 63 North to avoid spike strips set up by the highway patrol.

After he got off at an exit in Randolph County, Gibson took back roads near Macon until police finally arrested him in Shelby County when his car ran out of gas.