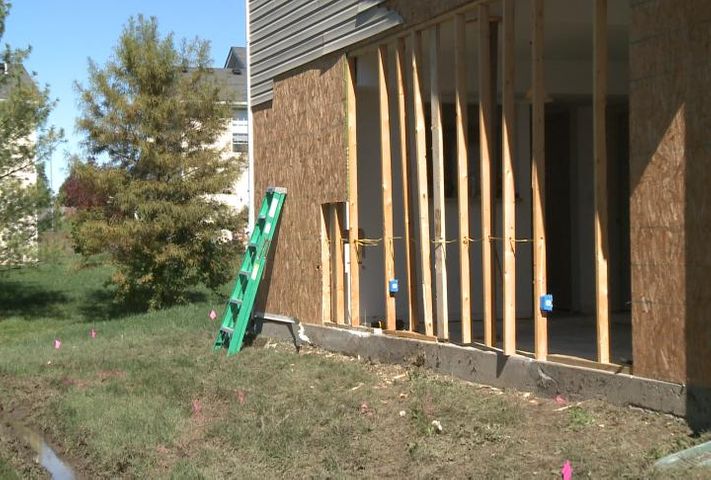 COLUMBIA - The driver of a stolen car drove it into a duplex on Raleigh Drive Tuesday night. Two residents in the house were downstairs and got struck by the vehicle.

The entire end of the home on the lower level was wiped out by the impact. The siding and the stud wall were damaged  and will have to be replaced.

The car chase started when Columbia Police spotted a stolen black truck, which then sped away and slammed into two cars and the duplex.

ServePro Production Manager Jake Hunter, who was on scene to clean up, said the family was downstairs and literally moved from the wall area two minutes before it got hit.

Hunter said it is normal for the community to feel vulnerable after an incident like this.

"The neighbors are going to have to deal with increased traffic in the area," said Hunter. "I also think it takes away from their sense of well being in their own home."

Hunter said the place should be secure tonight but he recommends the owners not stay at the house for their own comfort until everything is up and running.

ServePro officials said the construction process should be complete within two to three weeks.