Car crashes through a home on Old Plank Road 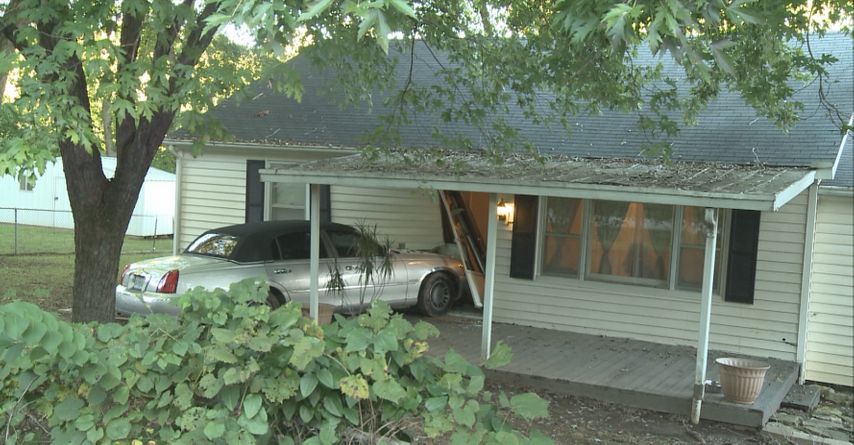 The teen looked down to change a song on his cell phone, and when he looked up he was in a ditch.

He then turned his wheel to try and get back on the street, and after trying to avoid an oncoming car, drove through a wire fence and the front of a home.

Allen had a passenger in the car. He said his air bags did not deploy and no one in the car was hurt.

"It was just a split second. I looked down to change the song and when I looked back up I was in a ditch," Allen said.

"I have lived in this house for 14 years, and nothing like this has ever happened," Veros said.

The woman and her son were in the kitchen at the time of the crash, and they were startled by a loud noise. Neither were hurt.

The Columbia Fire Department and Police Department were called to the scene to handle the accident.

Columbia Building and Site Development sent a representative to assess the damage, with the fire crew then working to stabilize the house.

A medical crew determined that Allen did not need to be sent to a hospital.

[Editor's Note: This story has been updated to include information about crews' response to the accident.]