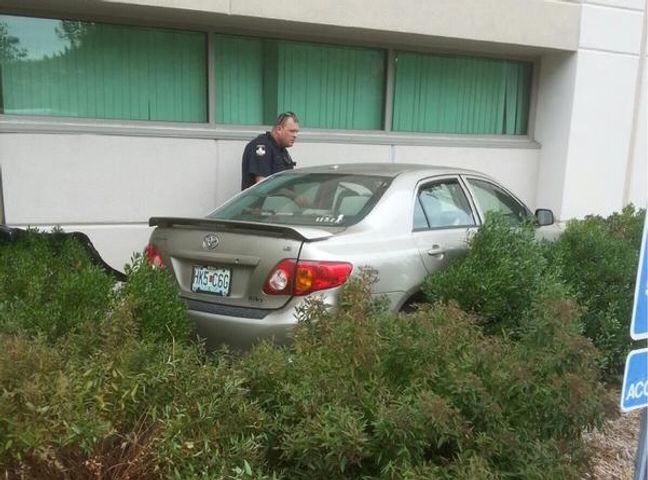 JCMG employee Ron Patterson said the woman was leaving the hospital and put her car in drive instead of reverse.

Patterson said she drove over the parking curb, realized she was driving forward instead of backward, swerved and hit the building.

The impact left a hole in the base of the wall, exposing some insulation.

A construction crew boarded up the hole Wednesday morning until the building can be repaired.

The woman in the car complained of left shoulder pain and went to get X-rays.

Patterson said a cubicle was on the other side of where the woman hit the wall, but no one was hurt. A doctor was in the office at the time, and some office supplies on a desk fell off.

The car was towed from the scene.

JCMG said it did not know how much the damage would cost.