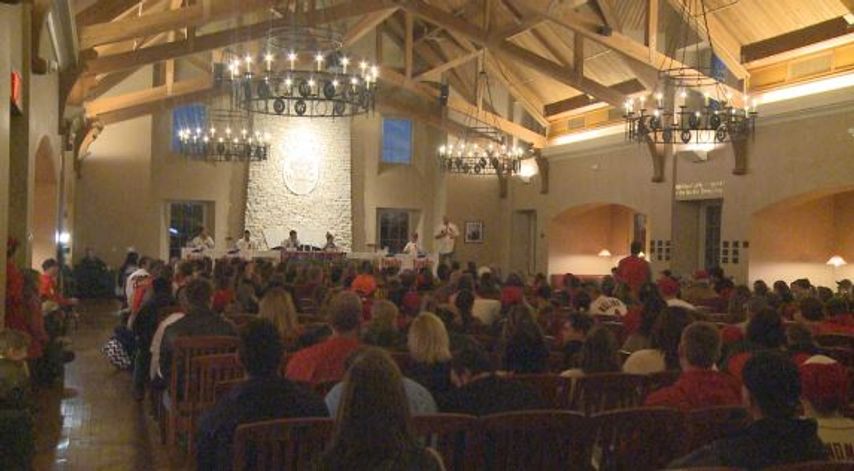 Kolten Wong, second baseman for the St. Louis Cardinals, said his favorite part of the caravan is definately meeting the fans.

"Just coming out and seeing all these small towns that you don't get to see," Wong said. "When you're playing in St. Louis, all you think about is St. Louis and that's... all you know. So, it's kind of cool coming down here and visiting every place. [We were] at the Governor's office the other day and it's a cool feeling, come down and see how big Cardinal Nation actually is."

Jacob Wilson, a rookie for the Cardinals, said getting away from the busy life in St. Louis to see mid-Missouri makes him feel right at home.

"Me? Like, I've been born and raised in the country, so that's kind of my thing," Wilson said. "You know the city is awesome to be in, just, especially when it's a baseball town. The way the fans come out and support the Cardinals, especially in that city is unbelievable. But, being able to come out here kind of makes me feel like I'm more back at home."

Kyle McClellan, an alumni pitcher and a World Series Champion with the 2011 Cardinals, said that it's important to recognize that the Cardinals fan base is much larger than St. Louis.

"We understand the fans for the Cardinals, it's not just in St. Louis," McClellan said. "We have such a wide fanbase. We wanted to come out and meet them and shake their hand and thank them for their support."

Some of the Cardinals are already heading down to Jupiter, Florida, to get a head start on spring training. The Cardinals play their first game of the regular season against the Pittsburgh Pirates on Sunday, April 3.