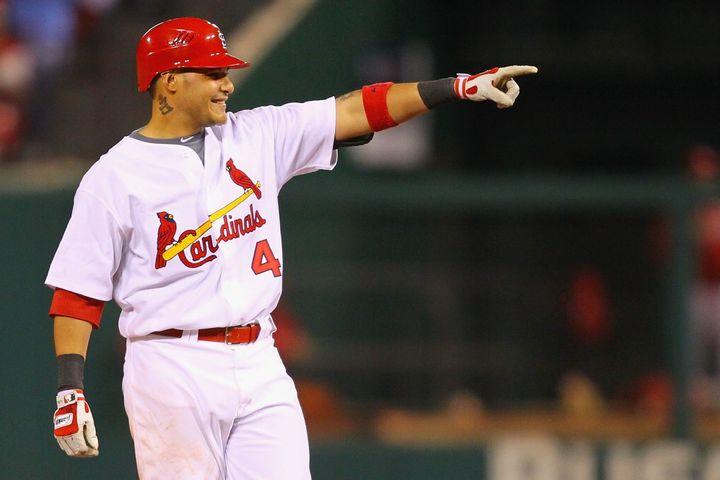 ST. LOUIS (AP) -- Albert Pujols and David Freese each homered and Ryan Theriot added four hits and three RBIs on Saturday to help the St. Louis Cardinals overcome a five-run deficit in a 13-5 victory over the Chicago Cubs.

It was the 432nd homer of Pujols' career and came one day after he reached 2,000 hits. The home run places him alone in 40th place on the career list. He just missed getting a second one when the ball sailed just outside the left-field foul pole in the seventh inning.

Kyle Lohse (9-7) pitched five innings before being lifted for a pinch-hitter. He allowed five runs -- none earned -- and gave up two hits.

Chicago was unable to score again and did not get another hit until the ninth inning.