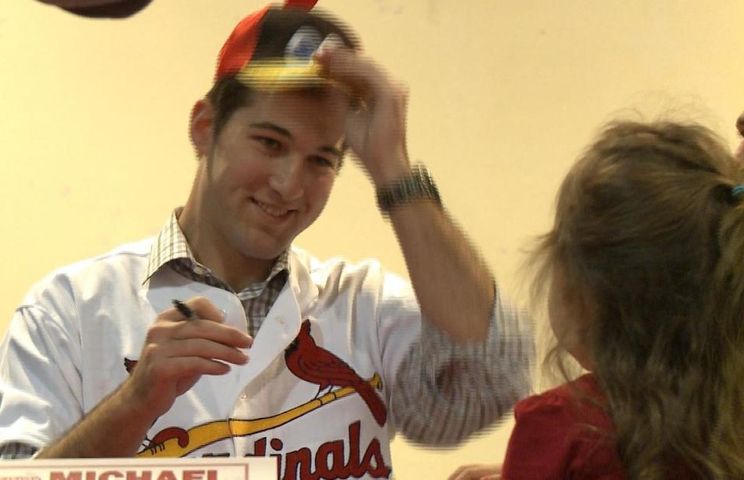 Wacha finished the 2013 regular season with 4-1 record posting a 2.78 ERA with 65 strikeouts. He appeared in five postseason games for the Cardinals adding four more wins to his year. The shining moment of the postseason for Wacha came as he threw 13.2 scoreless innings and added 13 strikeouts in the National League Championship Series versus the Los Angeles Dodgers. He was named NLCS MVP after the series.

"The stuff he has, the person that he is, you know, have shown well so far," said Alan Benes, former Cardinal pitcher.

The lone loss in the playoffs came in Game 6 of the World Series against the Boston Red Sox, in which the Cardinals lost 6-1, ending the season for the team.

He enters his second season with the Cardinals next month when pitchers and catchers report to Jupiter, FL.

"Nothing is given in this game. You just gotta keep continue to keep on playing and continue to prove that you should be out there," Wacha said.

The full St. Louis Cardinal squad is schedule to arrive in Jupiter on Feb. 17 to start preparing for next season.