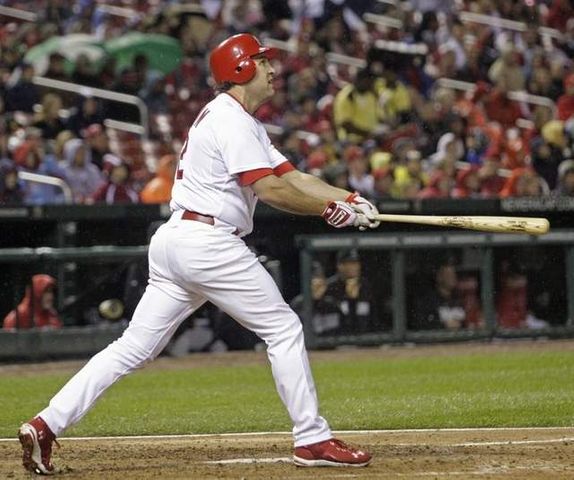 HOUSTON (AP) -- Lance Berkman broke a tie with an RBI single and pinch-hitter Daniel Descalso had a two-run double in St. Louis' five-run sixth in the Cardinals' 9-2 victory over the Houston Astros on Thursday night.

Berkman, the former Astro who hit a solo homer to break up Bud Norris' no-hit bid in the seventh inning in the Cardinals' 4-1 loss Wednesday night, snapped a 1-1 tie with a single off the scoreboard in left after Jon Jay singled and Albert Pujols drew a walk off J.A. Happ (3-8).

Berkman added his 15th homer in the ninth. Lance Lynn (1-1) benefited from the big inning. He pitched five innings, allowed six hits and one run. He walked three and struck out three.