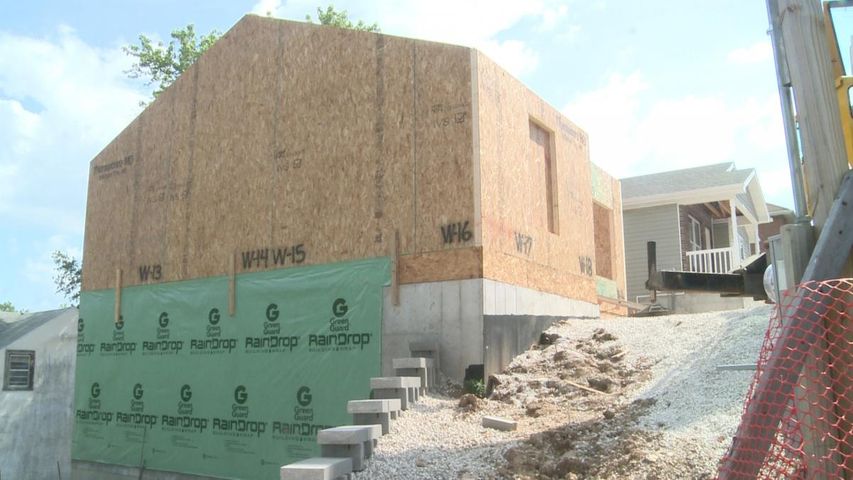 JEFFERSON CITY - A new home being built Thursday by Habitat for Humanity is involving students from the Nichols Career Center using a new process.

Built with the assistance of Thermocore of Missouri, the house elimintates traditional studs with the walls being all one piece and foam insulation between the interior and exterior walls. The company said the makeup of the insulation virtually eliminates the growth of mold in the walls and makes the home more energy efficient.

Students with the Nichols Career Center are helping construct the house, providing them with an opportunity to put to work the skills they learn in the classroom.

"It's our kids learning the new trades, new ways of building and they need to know the alternative ways of building, such as using a panelized system," Mikey Mantle of Thermocore said.

The family who will own the home, Jamal and Jamia Cole, will be required to contribute 450 hours of their time to help build the house as part of the agreement to receive it. But it's not entirely on their shoulders.

"Part of that they can bring in help from friends and family members, but at least half of it they have to do on their own," Kyle Kittrell, construction manager for Habitat for Humanity, said.

The house should be finished in six to eight months.