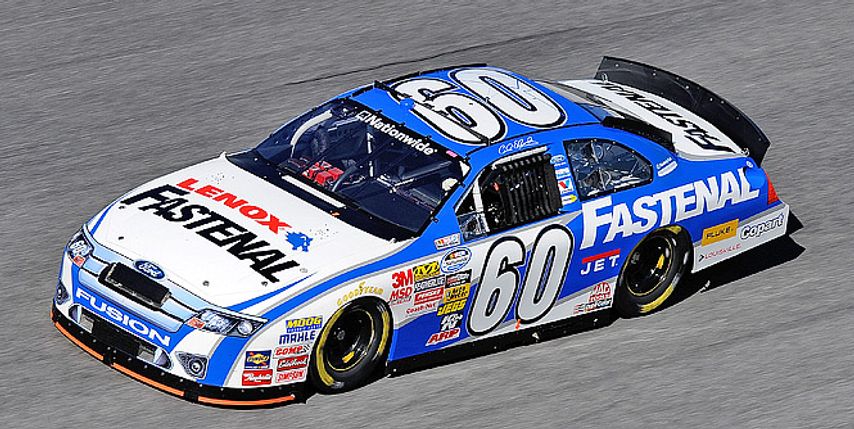 Edwards and Busch were running 1-2 on lap 88 when Tim Schendel, nine laps down and last among the 35 cars still running, blew a right front tire coming out of Turn 1.

Schendel shot up the track and basically split the front-runners, barely scrapping the back of Edwards' car. But he was right in front of Busch, who had nowhere to go and hit him full force.

Edwards, the polesitter, never dropped below third place during the 200-lap race at the 1 1/2-mile, high-banked track.

After the final pit stops, Edwards held off a closing charge by Brad Keselowski for his 30th career Nationwide victory. He won by 0.482 seconds, and had an average speed of 147.902 mph.