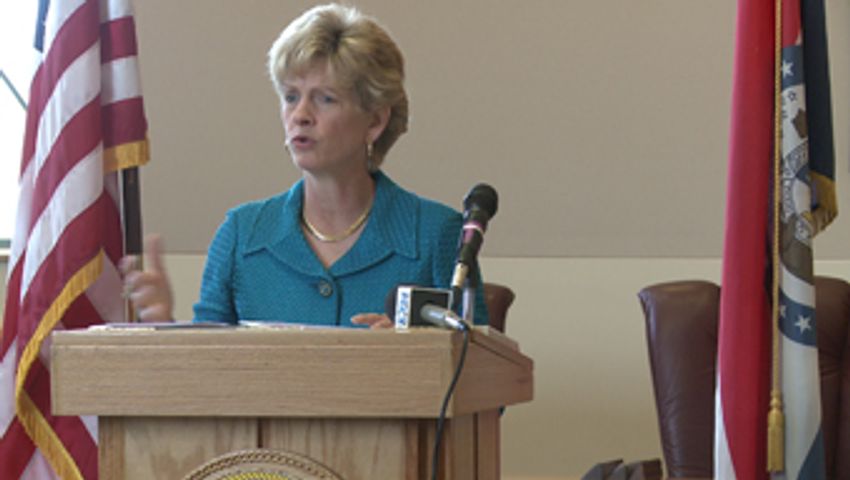 COLUMBIA - Secretary of State Robin Carnahan spoke Wednesday in favor of extending a program to protect victims of sexual assault and domestic violence. Since the beginning of 2011 there have been more than 250 domestic violence incidents reported in Boone County. The victims are young and old, men and women, and of all occupations, Carnahan said, adding, "Sexual abuse and violence is not something that discriminates."

The "Safe at Home" program is designed to provide confidential address to victims of violence. It started in 2007 and has helped 1,000 victims and their families so far. "It is very cost effective. The cost is about $100,000 for a year" said Carnahan. The program keeps survivors' addresses from being public record and provides them with substitute addresses for Department of Revenue documents like driver's licenses and vehicle registration, voter registration, school records, Department of Social Services records, and court records. Victims' first class and certified mail is also sent first to the program office and then confidentially forwarded to homes. Barbara Hodges, executive director of the domestic violence program True North, said the "Safe at Home" program gives some peace of mind for the victims that they can be safe and start over.

The program is set to expire in 2013. Carnahan is calling on the General Assembly to make the program permanent in order to keep victims safe and protected.

Survivors of domestic violence, sexual assault, stalking or rape can ask for help toll-free at 866-509-1409 or on the website www.MoSafeAtHome.com.