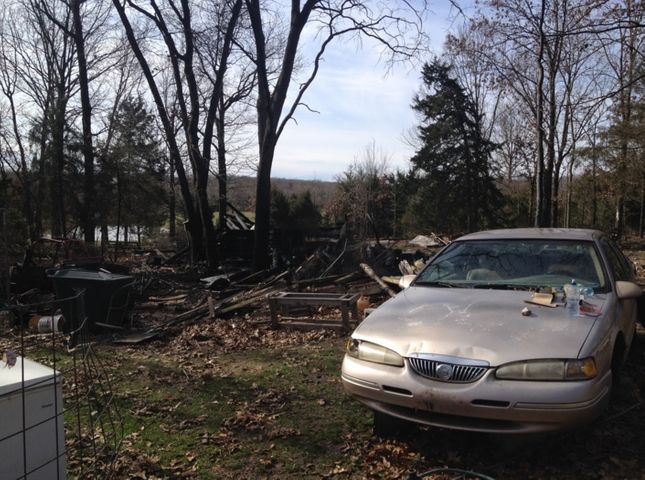 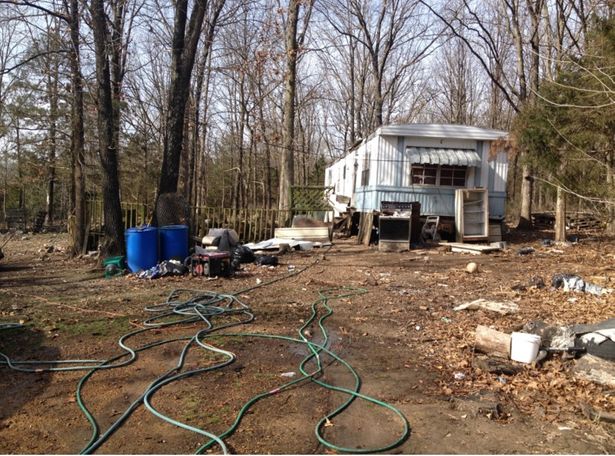 Home of the property owner, according to neighbors she was inside with her two daughters at the time the fire started. 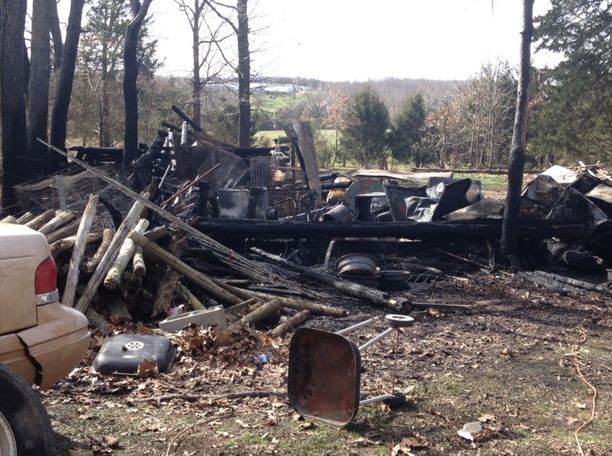 The remains of the cabin, burned down in the fire along with all the belongings inside.

VERSAILLES - Authorities are still trying to figure out what caused a massive fire that destroyed a cabin and damaged the surrounding land.

Captain of the Mid-Missouri Drug Task Force, Don Isaac arrived on the scene Thursday morning right as local firefighters were putting out the last of the flames.

Isaac said neighbors called in the fire around 8 a.m. at a property along Bee Sting Road.

He said firefighters were still looking into what caused the fire, but they had told him they were concerned about oil barrels being involved.

According to neighbors, the people who lived on the property, a woman and her two daughters, were in their trailer home when they heard an explosion outside.

The woman's mother, Brenda Bradley, lives next door, and said the fire burned down the cabin on their property which held a lot of their belongings.

Bradley said her daughter and her children had a small bonfire the night before around 4 p.m., but they were sure they had put it out completely.

She said nobody was injured in the fire.

The Versailles Rural Fire Protection District did not have any further information about the investigation into the fire.