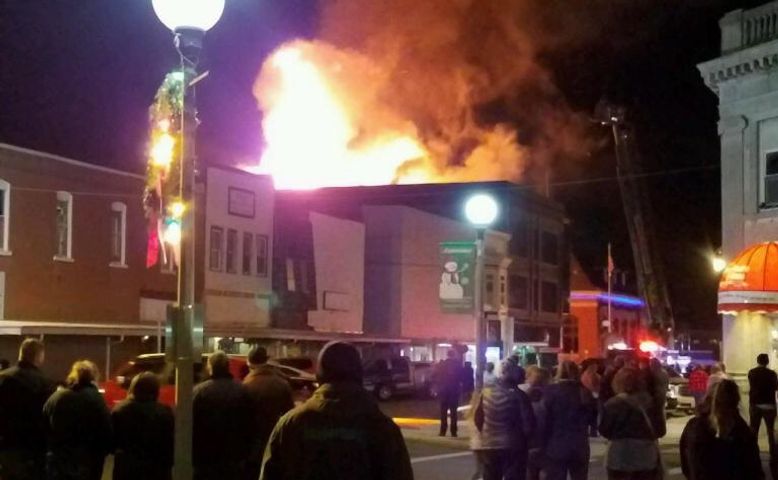 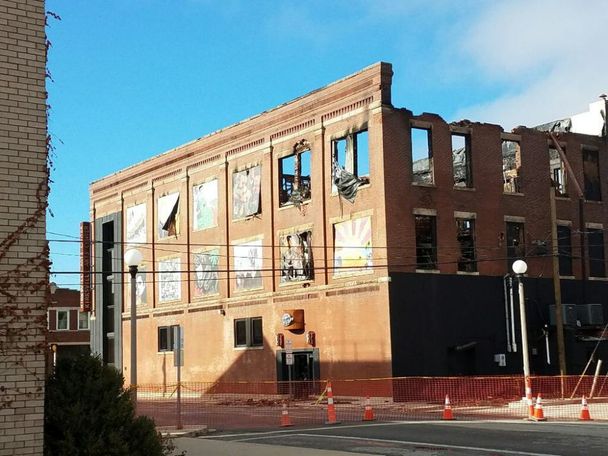 Exterior walls of the Kirksville Arts Center still stand Monday following the weekend blaze that ravaged much of the building. (Photo provided by Colton Hart)

According to an email from the Kirksville Arts Association, no one was inside the building at the time of the fire and nobody was injured.

The fire did not not spread to neighboring buildings. The state fire marshall's office is investigating.

The association described the action taken by first responders as "tremendous." Responders from Kirksville, Greentop, Schuyler County and Adair County worked throughout Friday night and Saturday to put out the blaze.

The association credited the Kirksville Fire Department for removing quilts from an exhibit that opened this week. The Legacy Mosaic Tile Mural, comprised of tiles made by the community, was not damaged and the association plans to have the tiles on display again.

The association said it is committed to serving the Kirksville area with a community arts program. The programs with which the association is involved in the community will continue.

The statement said the association has been offered free temporary office space. The Missouri Arts Council recently awarded the Kirksville Arts Association with a grant to develop a strategic plan.

"This planning process will now take on a larger meaning as we begin to plan for our future," the email said.