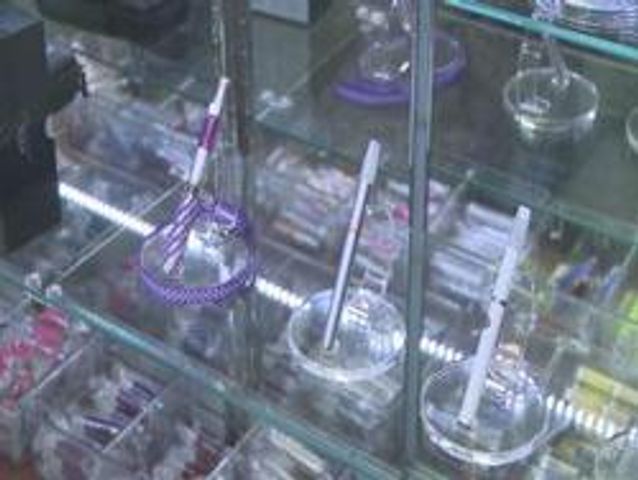 COLUMBIA - Officials are pushing for the FDA to meet its deadline on passing regulations for electronic cigarettes because a recent CDC study proves the number of students who have used the product doubled from the previous year.

40 attorney's general, including Missouri's Chris Koster, sent a letter to the agency asking it to meet its Oct. 31 deadline for passing regulation. The letter urges the FDA to address and restrict the products marketing, ingredients, and sale to minors the same way it does cigarettes.

A CDC study found that the number of middle school and high school students who have used e-cigarettes jumped from 4.7 percent in 2011 to 10 percent in 2012 and many think the marketing techniques are to blame.

Tiffany Bowman is a Wellness Coordinator at MU's Wellness Resource Center and supports the restriction of e-cigarettes. She says the product's advertising is similar to the way cigarette ads used to try to hook new smokers before they were regulated.

"The marketing is kind of reminiscent of cigarette marketing from yester-years," Bowman said. "My concern is that we're using those same methods now by getting physicians, stars and celebrities to recommend them when we don't have enough evidence to prove they're a safer alternative."

Bowman said she doesn't think the product should be marketed as a way to quit smoking and should be regulated the same way cigarettes are.

Becca Schranck is a manager at Aqueous Vapors, a new local store that only sells the vapor based products. She says the way the product is advertised is not targeted at minors and said she thinks too much regulation is unnecessary.

"Too much regulation can definitely be bad," said Schranck. "Our advertising is just a general comparison to tobacco products and offers a safer alternative. We're not trying to encourage anyone to start a new habit."

Schranck said she thinks there should be some regulation on who can purchase the product because it still contains nicotine. She said she doesn't think the different flavors in the liquid ingredients are meant to appeal to minors.

"Who is to say that a 40-year-old isn't allowed to smoke a watermelon or candy cane flavored e cigarette," said Schranck. "The point of the different flavors is that people can find something they like enough to choose over smoking."

Aqueous Vapors has a policy that doesn't allow employees to sell any of it products to minors, but no federal policies are in place.

Supporters hope the FDA passes regulation by the Oct. 31 deadline, but the agency has delayed the decision once before.