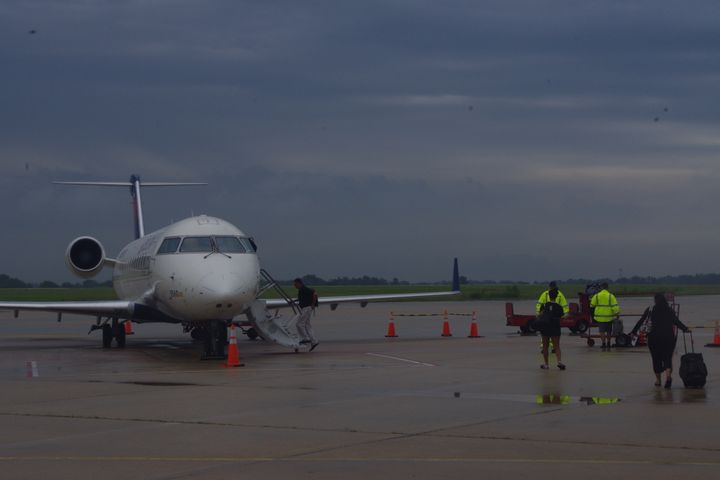 COLUMBIA - The first flight from Atlanta landed at Columbia Regional Airport at just before 5 p.m. Thursday. A welcome party and ribbon-cutting welcomed the passengers off the two hour flight.

MU officials and members from the Mid-Missouri business community came to the celebration. Marching Mizzou, MU cheerleaders, and the Golden Girls entertained the crowd. With MU cookies and Truman the Tiger, the party acknowledged the impact this flight will have with the SEC conference.

"It will be a wonderful opportunity for us to have flights into Atlanta and then onto other destinations with the SEC," said MU Vice Chancellor Jackie Jones.

Jones also said the new flight might impact other MU teams besides basketball and football, who have charter flights.

Mayor Bob McDavid spoke at the ceremony and said the new destination is an important part of mid-Missouri business development. He also said another flight to and from Atlanta will be added in early September.

The Mayor and other city officials cut the welcome ribbon right before the flight landed. Passengers received a free Mizzou t-shirt as they arrived, as well as MU cookies.

Advanced purchased flights are starting at $300 according to Delta.com.