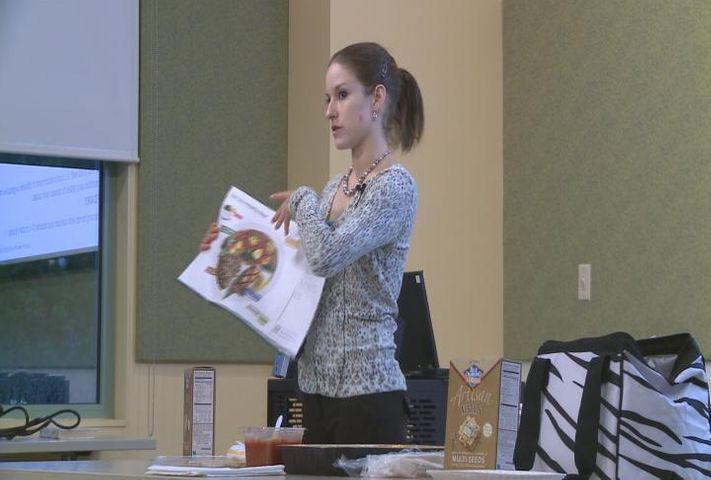 COLUMBIA - May is Celiac Awareness Month, and some mid-Missourians learned Monday how to eat gluten-free. Celiac disease is an auto-immune disease that is triggered by eating gluten--a protein found in wheat, barley, and rye. Some people have the disease but are unaware. Celiac disease has more than 300 symptoms, so people are sometimes misdiagnosed.

The Columbia Public Library hosted an event Monday night to teach people about how to eat gluten-free.

Hy-Vee on Conley Road's Executive Chef Steven Henderson said many people do not eat gluten-free because they think it is time consuming.

"I'll show people a gluten-free recipe with more than six ingredients and they say it's too hard to make. They want something that takes less time to make, and don't realize how easy this kind of cooking can be," Henderson said.

Laura Lee Brown is the owner of Laura Lee's Healthy Plate, a business dedicated to helping people live healthier lifestyles through diet and exercise. She said there are several other grains people can eat instead of gluten.

"Eating gluten free isn't just about keeping certain foods out of your diet but about adding extremely nutritious foods back into it. Most people think the bottom of the food pyramid consists of bread and pasta made only from wheat, but there are many more gains like brown rice, wild rice, quinoa, and amaranth."