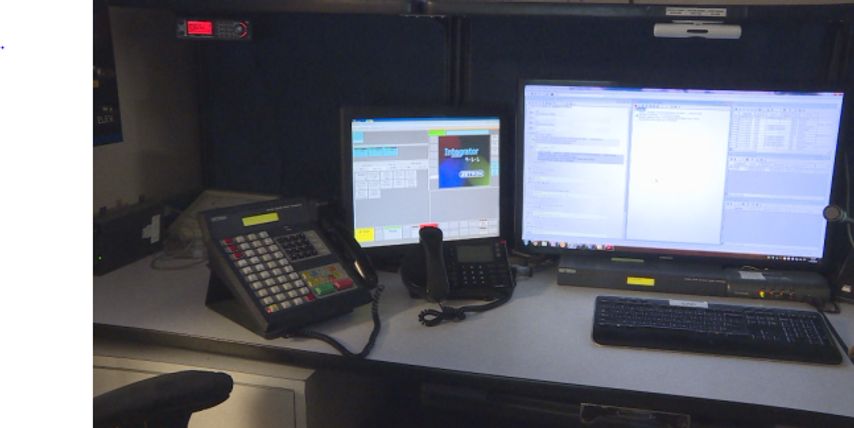 MARIES COUNTY – If there is more than one 911 call in Maries County, it’s time to prioritize.

That’s because, at any given moment, only one person runs the 911 call center. That person also has to be the clerk and jailer while still answering calls.

Two new taxes for the new year may help. The first tax law, which took effect this week, is a 3 percent tax applied to the sale of prepaid cell phone service.

The second law authorizes cities and counties to tax – up to $1 a month – on all landline and wireless device services. However, voters in those areas will decide if it passes.

All of the revenue generated will go directly to 911 call centers.

Scott John, a Lieutenant in Maries County Sheriff’s department, said that the second tax will be more influential.

“We’re assuming there are 5,000 cell phones in the county. Up to a dollar a piece would be $5,000 a month which would be $60,000 a year in revenue which would be a huge benefit to a small county like Maries County,” John said.

According to the 9-1-1 Association, Missouri is one of two states that didn’t have 911 surcharges for wireless. Wisconsin is the other.

John said the taxes are integral to improve technology and manpower.

“Currently Maries County has one 911 operator on duty throughout the day even during the peak periods,” John said. “If an accident or emergency occurs with numerous people calling in, the 911 operator’s not only manning the phones both the landlines and the 911 lines but also trying to get the appropriate agencies in route to the call.”

He said the 911 operator is also the jailer and the clerk. Besides taking office phone calls, fingerprinting and issuing permits, they also have to do laundry and cook every meal for the inmates.

Besides the extra support, the new money would allow them to get better technology, like a GPS locator for wireless phones.

The Associated Press reports that Maries County is one of 11 counties in Missouri that does not have the equipment capable of identifying the location and name of a caller on a wireless phone. Sixteen counties in Missouri can’t identify caller’s location or name at all, landline or wireless.

“Without the GPS location on the cell phone, if we believe there is an emergency circumstance going on, we do have the ability to request through the carrier for them to do a ping on the phone,” John said. “However, if there are not clear-cut exigent circumstances, that will require a warrant.”

However, not all Missouri counties have the tax. Some counties could choose to opt out. Eighteen counties and one city opted out.

John said it could be because there may be existing 911 sales taxes that they already have in place or they have the funding already because of the size of their county.

Saline County chose to opt out. According to the Saline County Commission Board, it was because the new tax would be in lieu of all other sales taxes in the county.

“The board nonetheless concluded that if such an interpretation were to stand then the financing of E911 Central Dispatch Center essential public safety services would be devastated.  The risk of such a potential consequence did not justify opting in for the 3% potential funding,” according to a representative of the board.

If the new tax does not pass, John said they may have to share expenses with local fire stations. Right now, the sheriff’s department pays for everything related to the fire station.

John said the second tax should be voted on around April. If passed, the county should start seeing revenue closer to October.